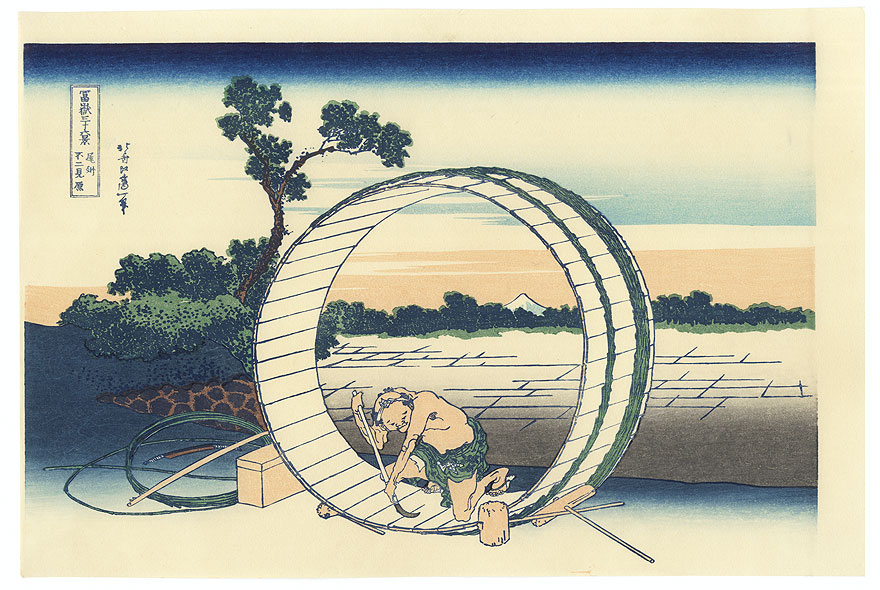 Fujimigahara (Fuji-View Fields) - Striking view of Mt. Fuji from across Fujimigahara, framed by the opening of an enormous wooden tub. A cooper labors inside the barrel, with tools and materials scattered along the ground nearby. Fields stretch across the plain to the dark green line of trees on the horizon, with the peak of the sacred mountain rising above. A handsome design, nicely colored and shaded. 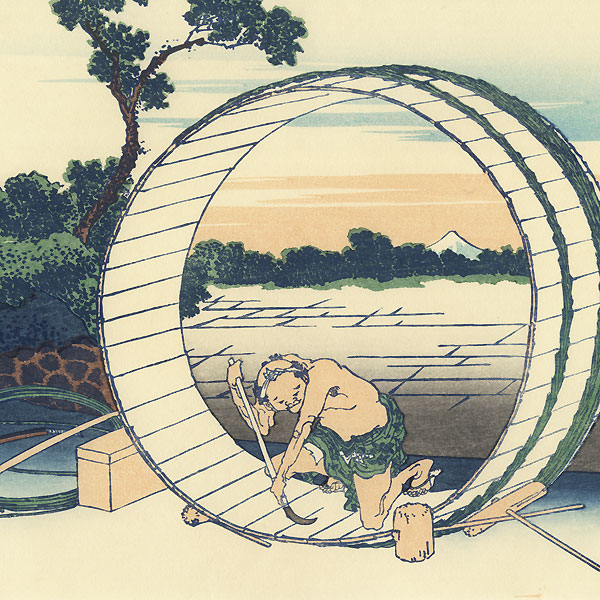 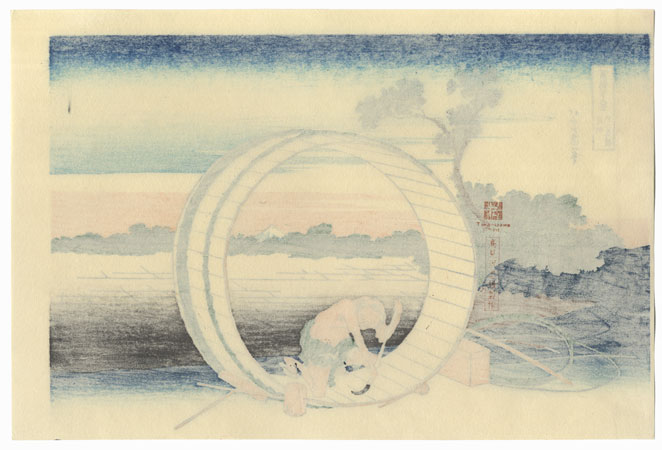