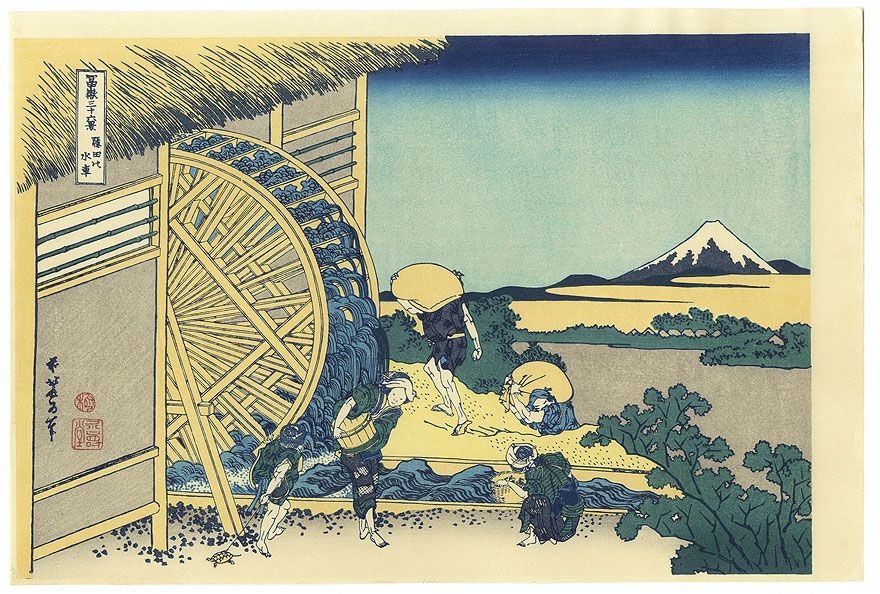 Waterwheel at Onden - Handsome view of farmers working at a mill, with water cascading from the wheel as it powers the machinery inside. Two men carry bags of grain on their back up a hill, while a woman rinses a filled basket in the racing water. The small boy at left has a pet turtle on a string. Mt. Fuji rises in the distance above low-lying clouds, the farmers oblivious to its presence as they go about their daily work. A striking composition with wonderful detail. 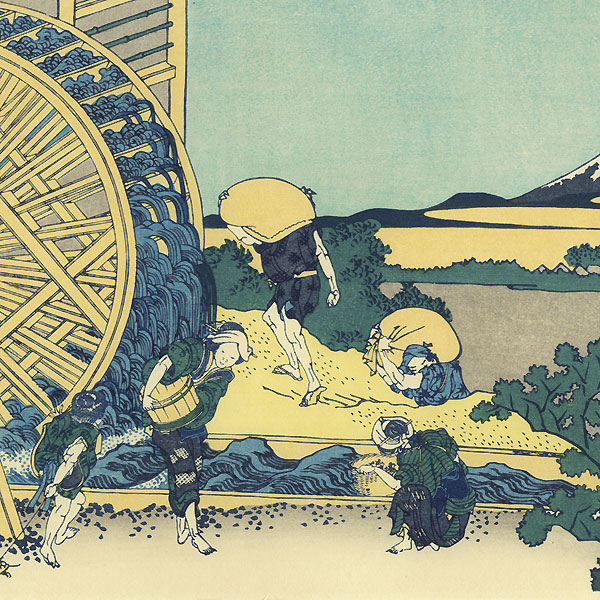 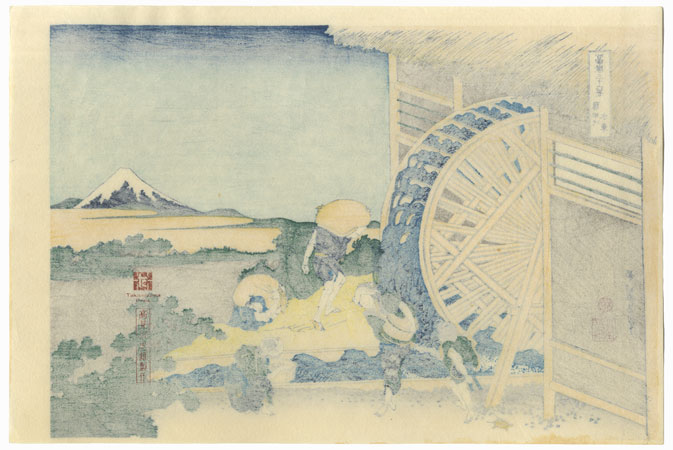