Hakone Lake in Sagami Province - Beautiful scene high in the mountains near Hakone. Early morning fog rolls over Hakone Lake, drifting among the pine trees and curving hills, a few houses nestled among the foliage along the shore at right. Mt. Fuji can be seen in the distance. A peaceful landscape, attractively colored with fine bokashi shading. 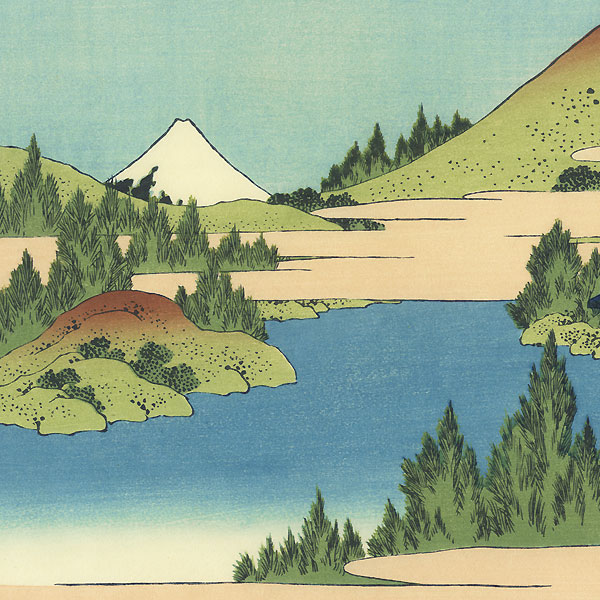 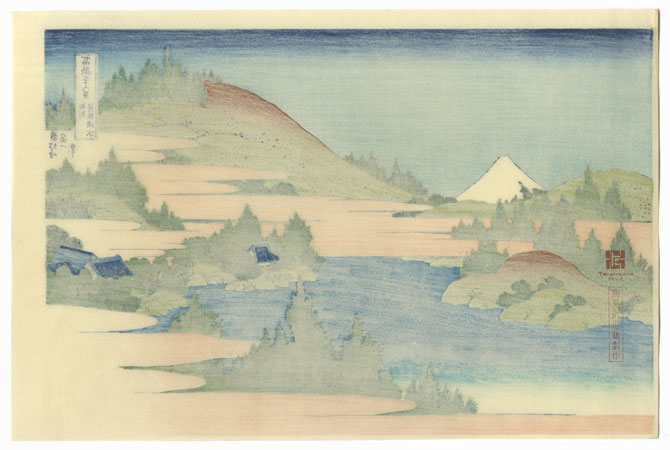