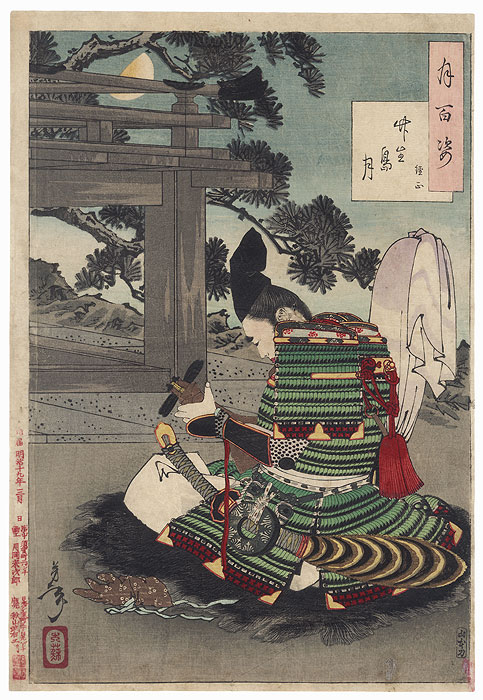 Chikubushima Moon - Fantastic image of Tsunemasa, lord of the Taira clan, deep in prayer at an island shrine. In this story from Tsunemasa's epic life, the young lord prays at the temple for victory over the Minamoto clan. A gibbous moon rises beyond the railing of the shrine, framed by pine branches, and Tsunemasa begins to play the biwa. The goddess of the shrine is so enchanted by Tsunemasa's music, and the young man playing under the silvery moonlight, that she promises him victory against the Minamoto the next day. A great image and a nice choice for someone interested in the fantastic samurai tradition. Includes burnishing in the armor, court cap, and the bearskin he sits on, and embossing in the light gray pants. 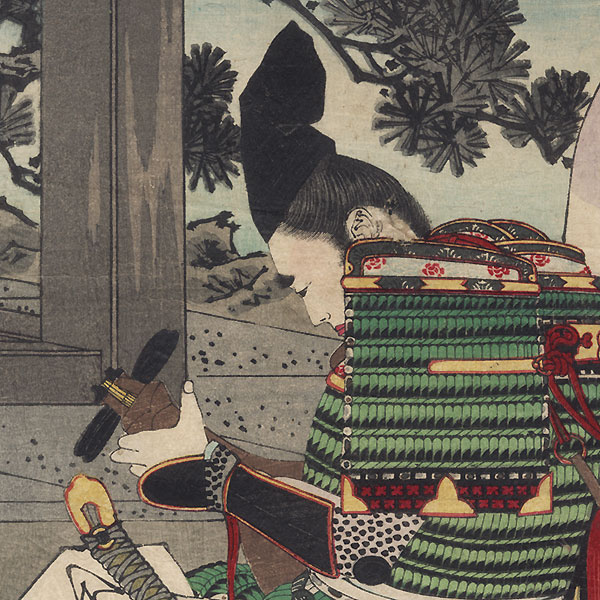 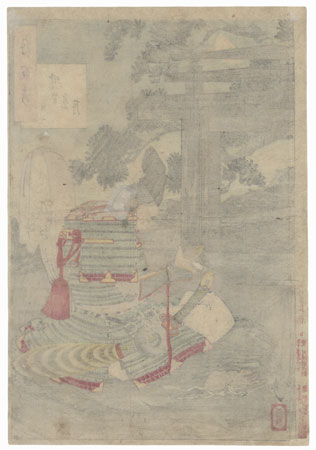