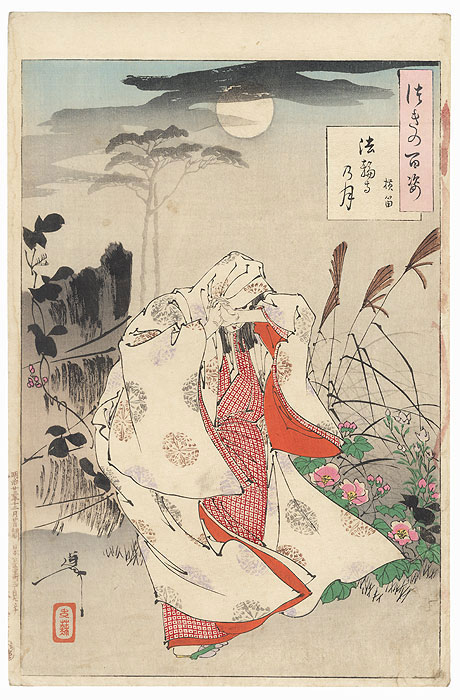 Horin Temple Moon - Poignant image of the Heian era beauty Yokobue, who had fallen in love with a young palace guard. His parents rejected the match, and the guard fled to Horin Temple to become a monk, taking the name, Ajo. Yokobue arrived at the temple on an autumn night, asking for her sweetheart. Fearing that seeing her would cause him to give up the monastic life, Ajo sent a messenger to say that there was no one there by that name. Here, she covers her eyes with her clasped hands as she weeps, the wind blowing her robes about her, the autumn grasses swaying in the breeze behind her. Dark clouds drift across the full moon, and the silhouettes of two intertwined pines, symbolizing wedded happiness and fidelity, appear in the distance. A beautifully detailed image with delicate cloth embossing on the white robe and fine bokashi shading in the background. 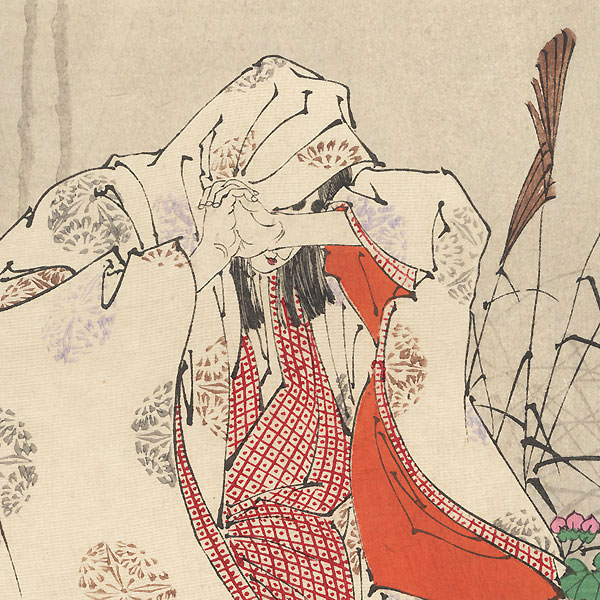 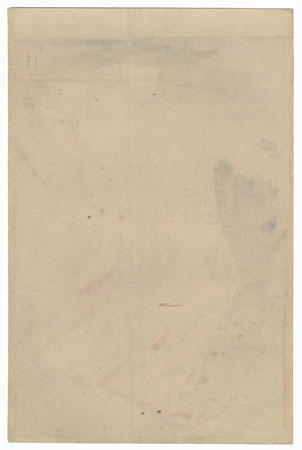