Dawn Moon of the Shinto Rites

Dawn Moon of the Shinto Rites - Colorful Yoshitoshi depiction of the Sanno Festival, a Shinto celebration held every June to correspond with the full moon. Still celebrated today, the festival includes parades with carriages, costumed participants, and floats like this one, which features a dancer in elegant robes and a flowing red wig waving a gohei, a Shinto wand of folded paper strips. At lower right, a rooster perches atop a decorated drum. The dawn moon is just visible in the blue sky above, with white clouds drifting below. A handsome illustration of this traditional procession.

Condition - This print with excellent color and detail as shown. Slight soiling. A few stains in the margins. A few holes, repaired. Please see photos for details. Good overall. 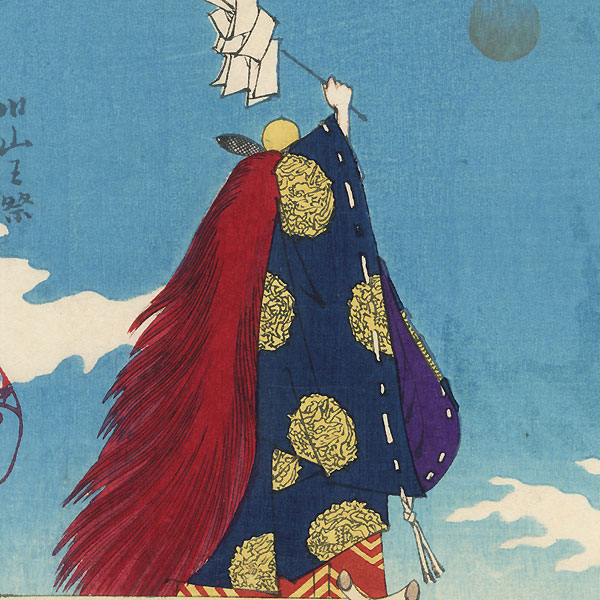 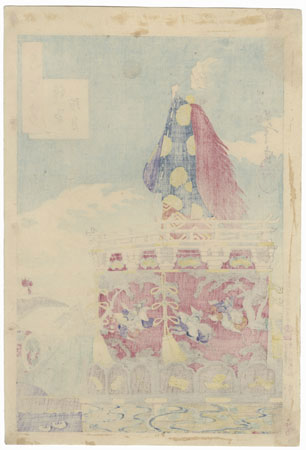