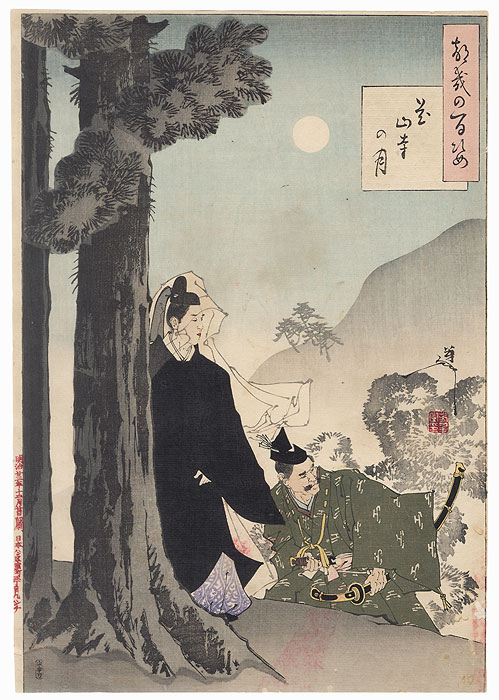 Kazan Temple Moon - Terrific Yoshitoshi print depicting the Emperor Kazan leaving the Imperial grounds before dawn to take the vows of a priest at Gangyo Temple, later renamed after him. When he became emperor as a teenager, he was seen as a threat to the Fujiwara clan, a powerful political force in Japan at that time. A politician talked him into joining the priesthood and giving up his throne. Here, he pauses beneath pine trees as a retainer hurries up the hill behind him, watching over his shoulder with his hand on the hilt of his sword, ready to draw if anyone should attempt to stop them. A full moon glows high above the distant mountain in soft gray silhouette. A handsome design detailed with a subtle burnished scroll pattern on the young man's black robe. 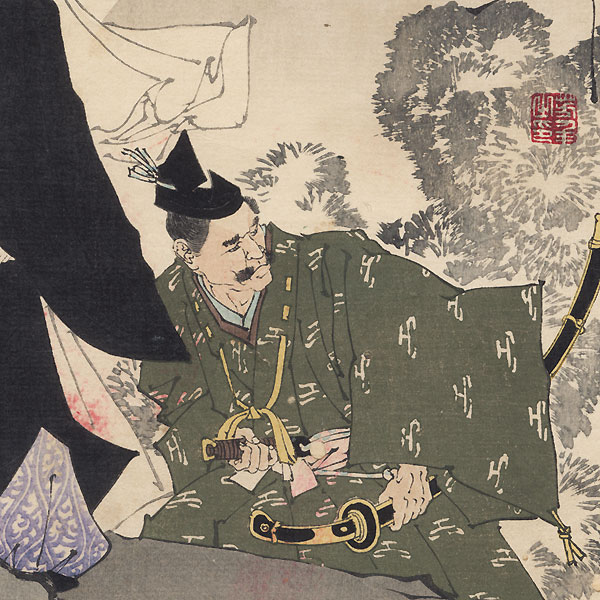 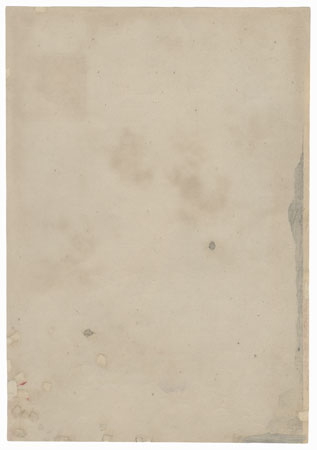