Fighting off an Attacker 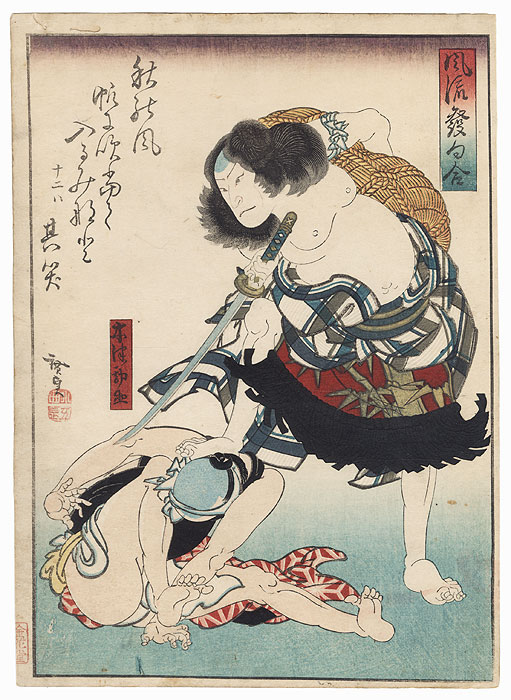 Special detail - Embossing on the plaid kimono, metallic pigment that has oxidized to a dark tone on the bamboo pattern on the apron and the sword guard and hilt. 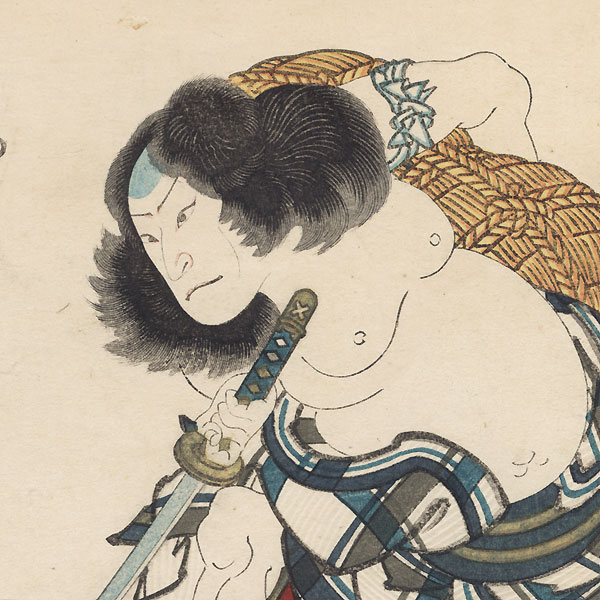 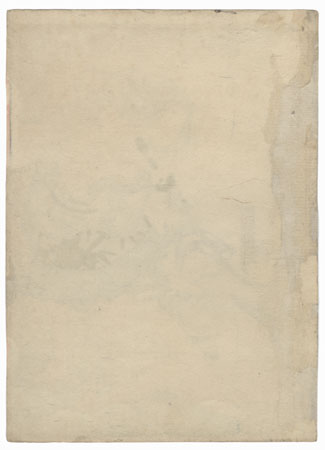