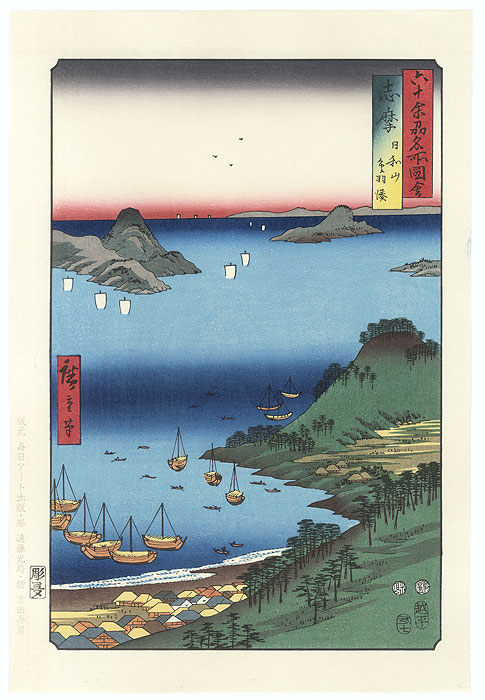 Shima Province, Mount Hiyori, and Toba Harbor - Beautiful depiction of Toba Bay, ships moored in the harbor and vessels out at sea. In the foreground, the village of Toba lines the beach along the foothills of Mount Hiyori, famed for the beautiful vantage point it provided over Toba bay. A lovely print. 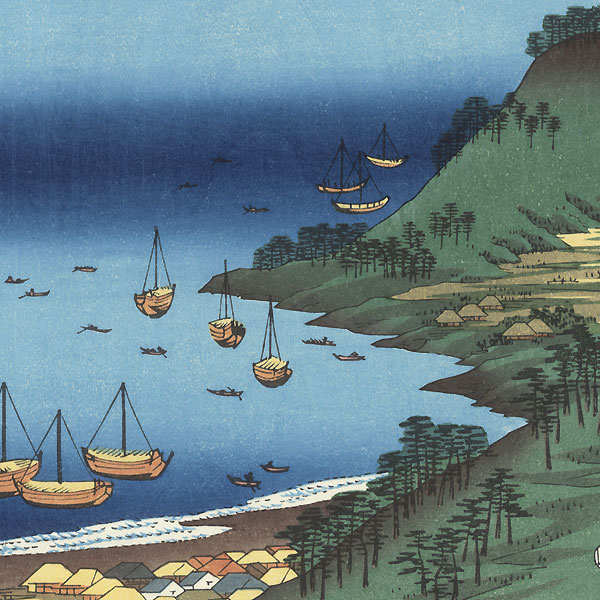 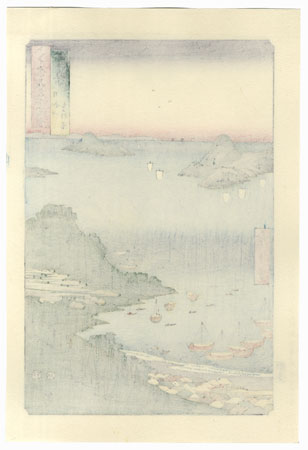