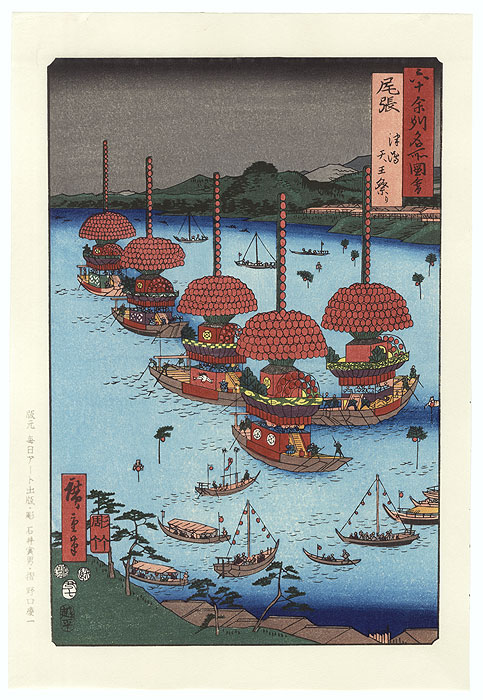 Owari Province, Tsushima, Tenno Festival - Five boats, elaborately decorated with lantern displays, sail down the Tenno River in this fabulous Hiroshige depiction of the Tenno Festival. During the festival, teahouses were specially erected along the riverbank, where people could view the night festivities. Wonderful detail in the elaborate displays aboard the ship, with other boats crowding around to watch the procession. 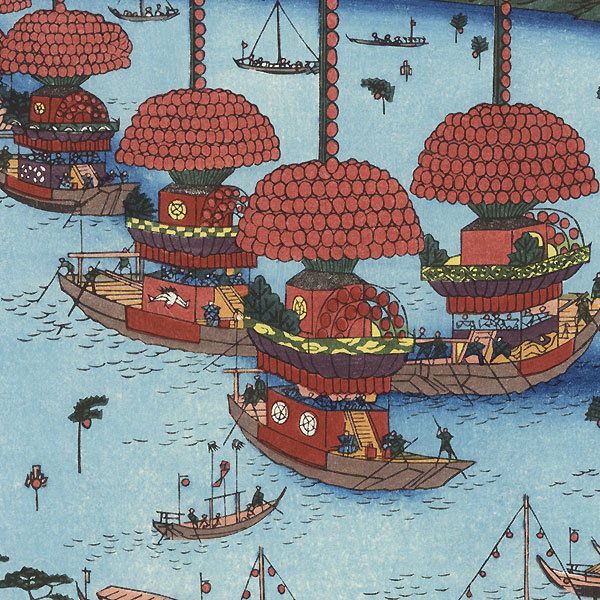 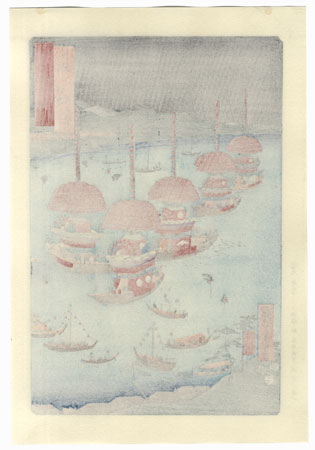