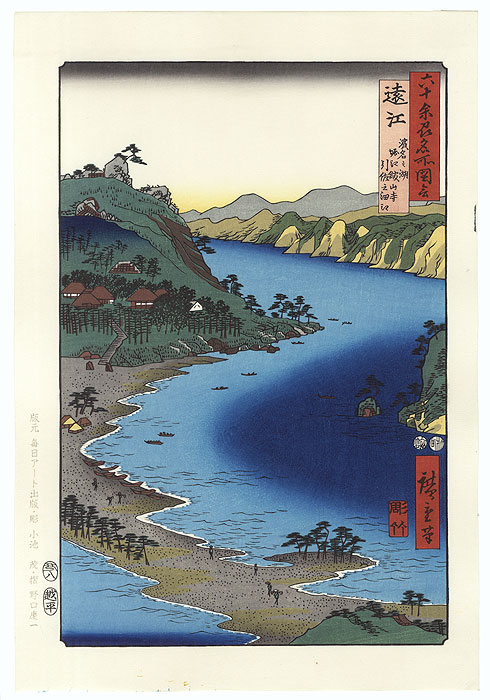 Totomi Province: Lake Hamana, Kanzan Temple in Horie and the Inasa-Horie Inlet - Terrific panoramic view of Lake Hamana and the Inasa-Horie Inlet in Totomi Province. Fishermen are at work on the water, and river and pedestrians make their way along the sandy beach towards Horie. At upper right, Kanzan Temple is nestled on the mountainside among clusters of pine trees, a site famous for its beautiful views in all directions. A lovely design, beautifully colored with fine bokashi shading and handsome wood grain impression in the water. 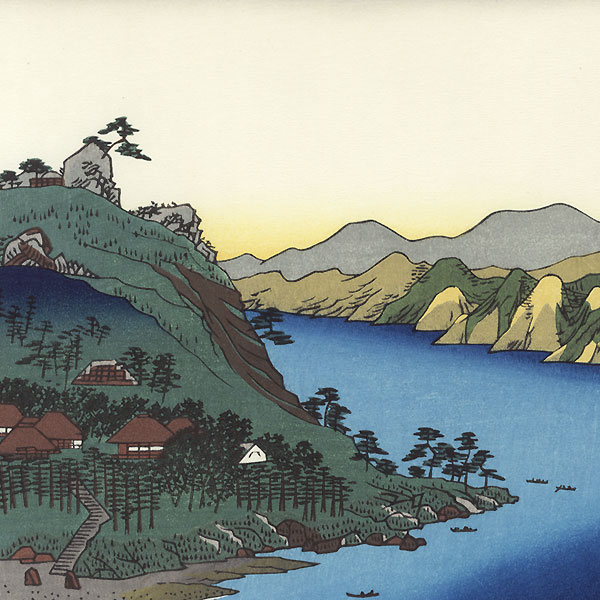 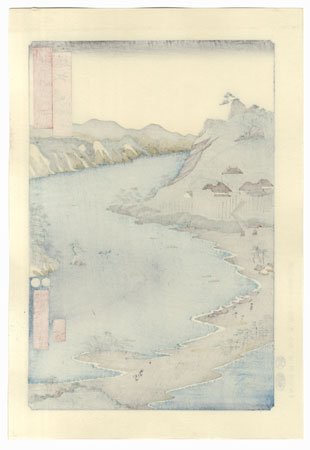