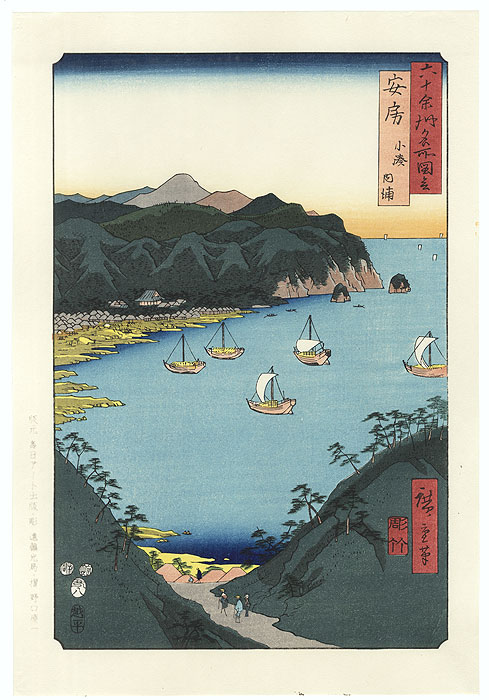 Awa Province, Kominato, Uchiura - Lovely Hiroshige view of Uchiura Bay, boats moored in the harbor. The village of Uchiura is tucked along the beach on the opposite side of the bay, the large roof of the Tanjo Temple visible beyond. In the foreground, travelers make their way down the path from Mount Kiyosumi. 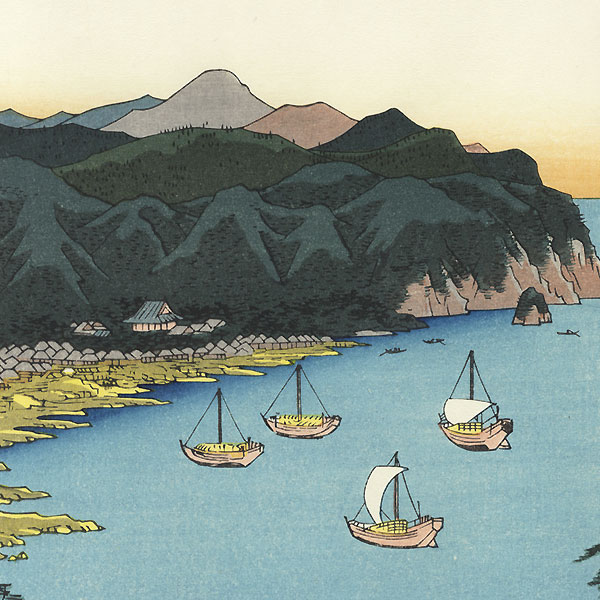 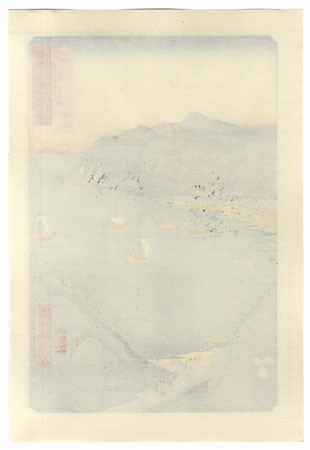