Faith in the Third-day Moon 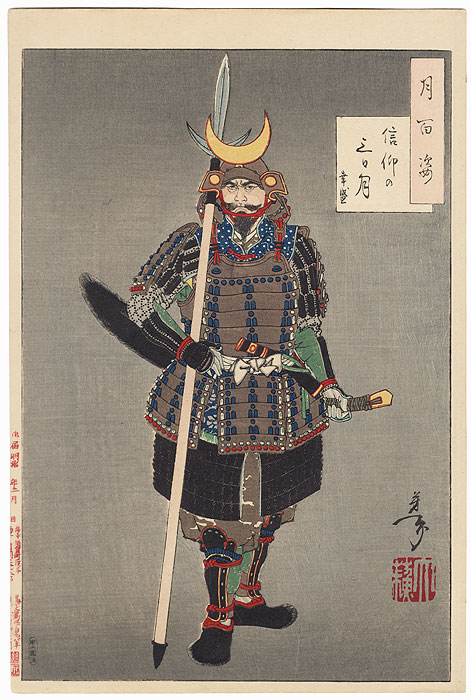 Faith in the Third-day Moon - Terrific portrait of the great warrior Yamanaka Shikanosuke Yukimori, who faithfully served his master, the lord of Izuno province. When the Mori Clan killed his lord, Yukimori escaped and raised an army to evict the Mori, fighting against them for ten years and dedicating his life to avenging his master. The samurai stands proudly, glaring ahead defiantly, his full beard denoting strength. The crescent moon emblem on his battle helmet represents a "three day moon," the shape of the new moon on the third day of each lunar month, and a lucky symbol that Yukimori superstitiously adopted. The crescent is also echoed in the shape of his pole arm, called a kamayuri or sickle spear. Beautifully detailed with fine line work, burnishing in the armor, and faint cloth embossing to the gray background. A bold 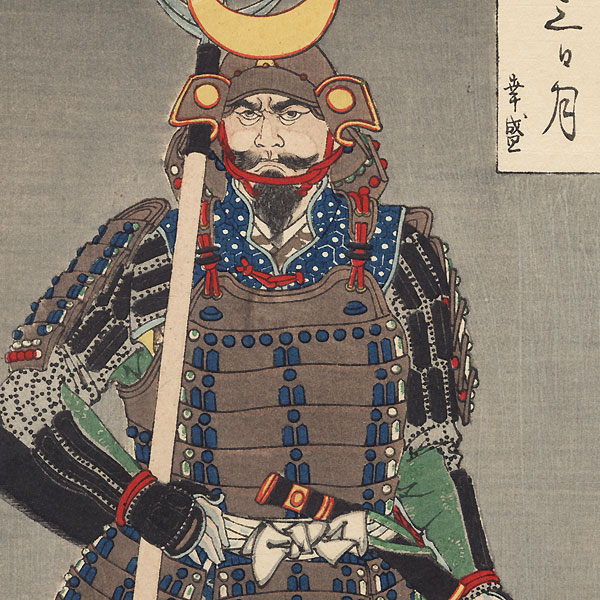 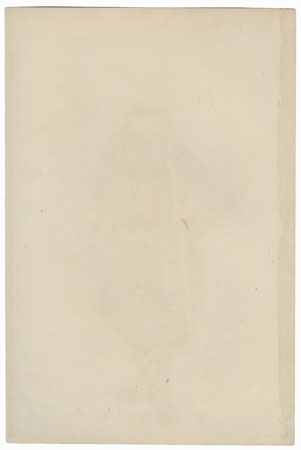