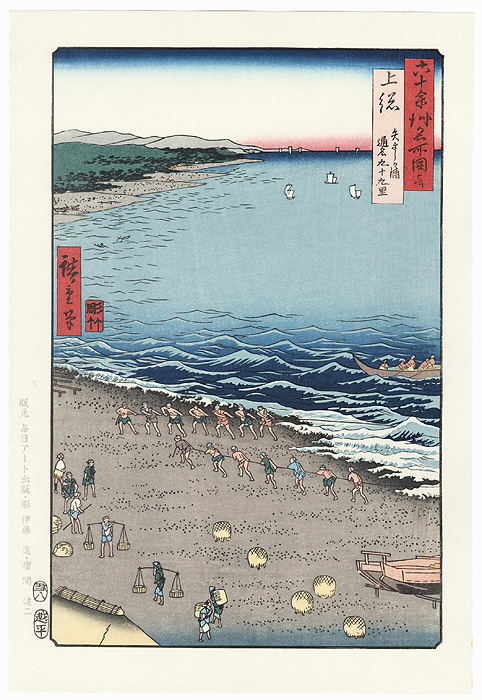 Kazusa Province, Yasashi Bay, Common name: Kujukuri - Terrific depiction of fishermen along the Yasashi Bay, commonly known as the "99-mile" coast. The men are dragnet fishing and hauling in their nets to the beach, where people wait with baskets to carry the catch to market for sale. Fine color and excellent detail in this print. 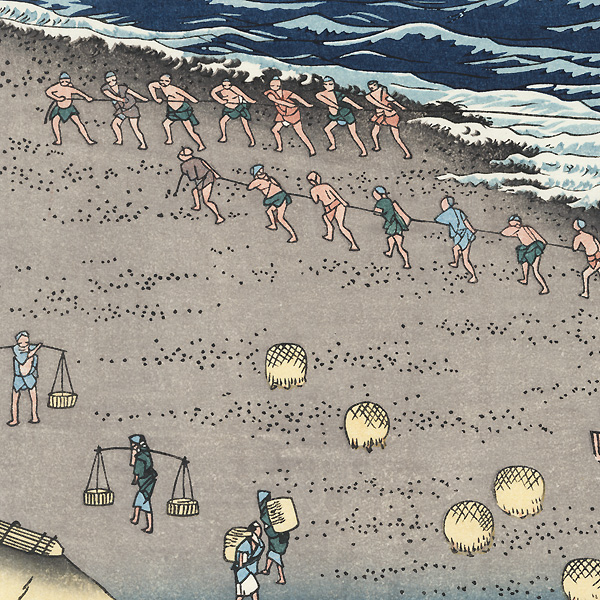 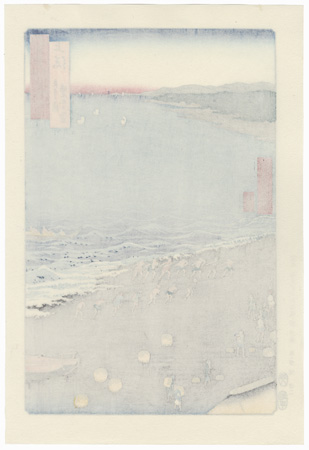