Chikugo Province, The Currents Around the Weir 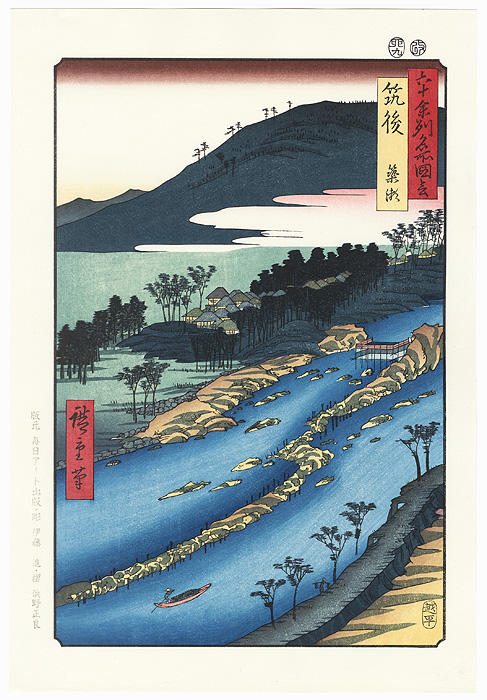 Chikugo Province, The Currents Around the Weir - In this excellent Hiroshige print, a boatman poles his way down the Chikugo River, a strip of sand running down the middle of the water. Haki Village is seen on the far bank, surrounded by pines. The platform in the river was used to store nets for fishing in the river. Excellent color and fine detail in this lovely Hiroshige landscape print. 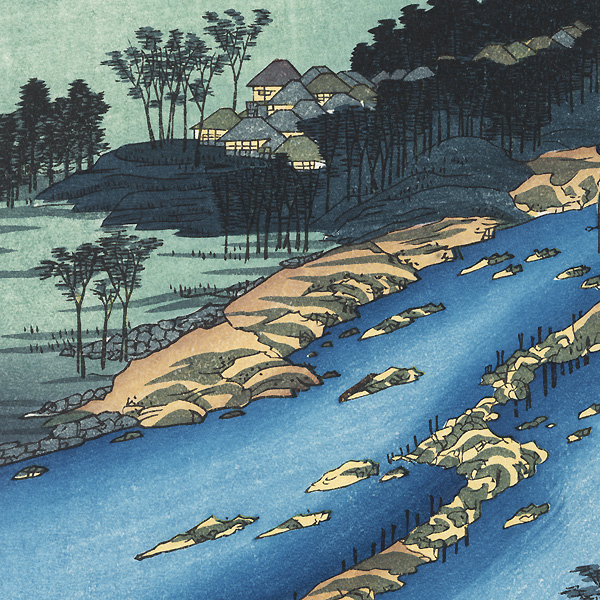 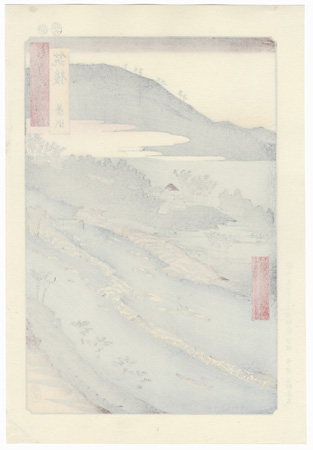