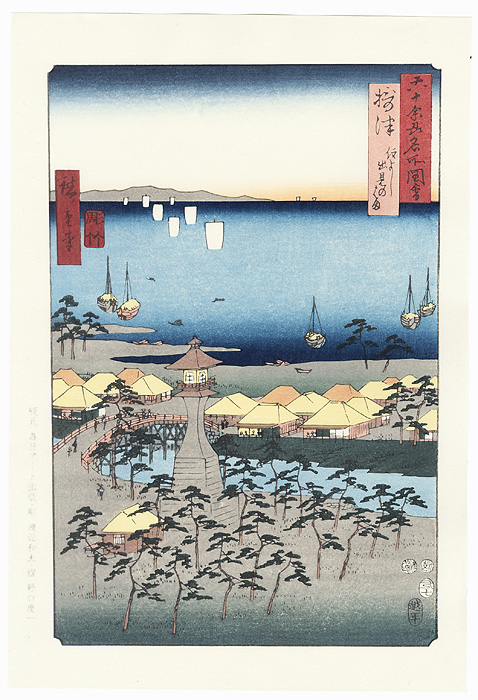 Mainichi Shimbun Publisher - From a fine collection of mid-20th century Utamaro reprints published by Mainichi Shimbun. This Tokyo publisher carved blocks and reprinted many of the great masterwork designs of the Edo era. Their work was exquisite with an emphasis on quality, not quantity. Note the exceptional detail, carefully shaded printing, fine mica backgrounds, embossing, and other deluxe techniques. Mainichi prints are perfect for the collector or for the highest quality reprint for display.

Settsu Province, Sumiyoshi, Idemi Beach - Terrific depiction of Idemi Beach and the Osaka bay from Hiroshige's "60-odd Provinces" series. A lighthouse, part of the nearby Sumiyoshi Shrine, rises above a cluster of pine trees in the foreground. The Shinto shrine, one of the oldest in Japan, is dedicated to the gods of the sea. Lovely Hiroshige reprint. 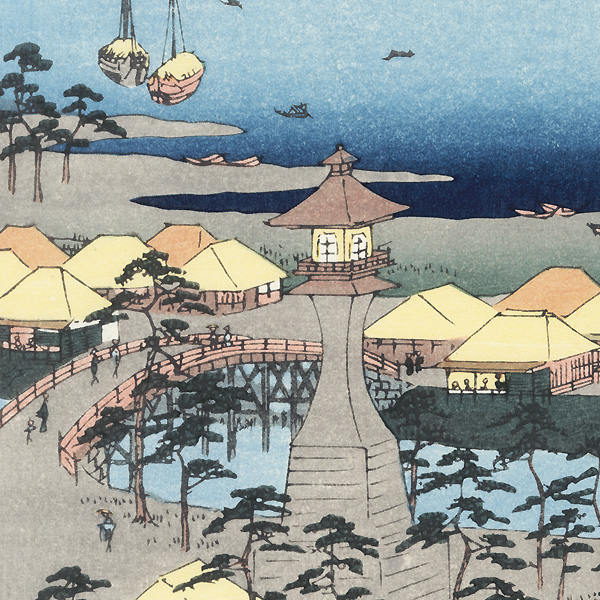 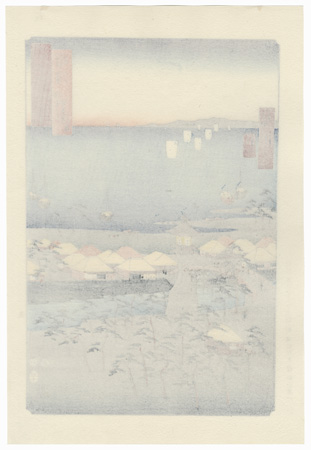