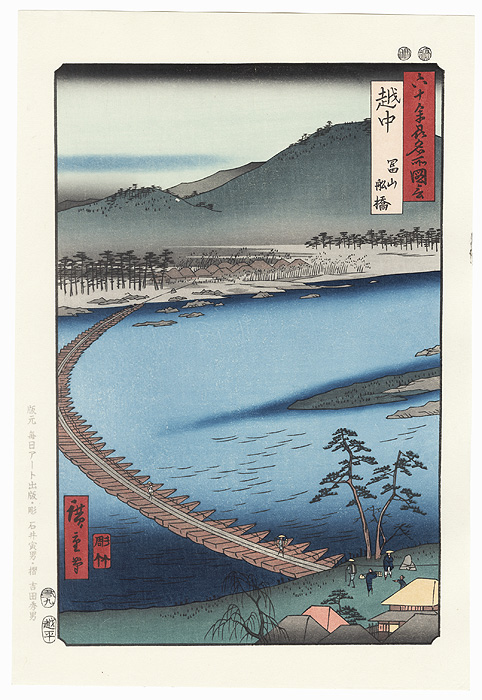 Etchu Province, Toyama, Pontoon - The pontoon across the Jinzu River was built in 1661 and while it was not unique, it attracted many tourists. In the bottom of the print, a few roofs of Toyama village are visible. Lovely Hiroshige print and a terrific reprint.

Condition - Excellent with no issues to report. 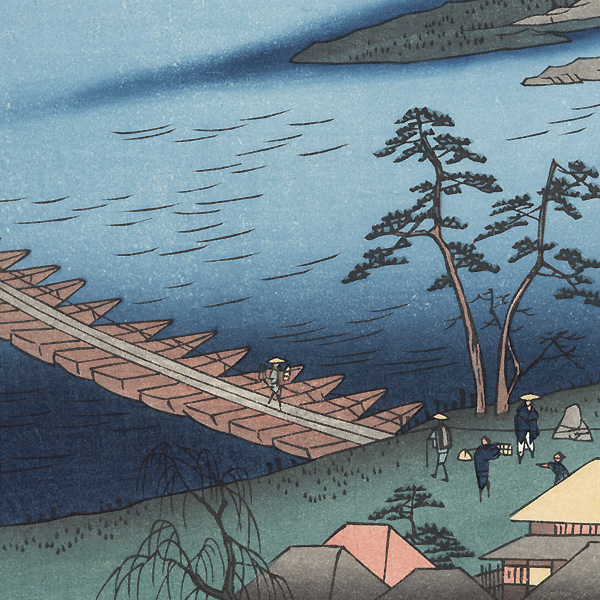 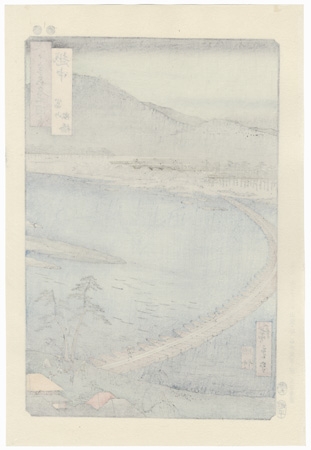