A Glimpse of the Moon 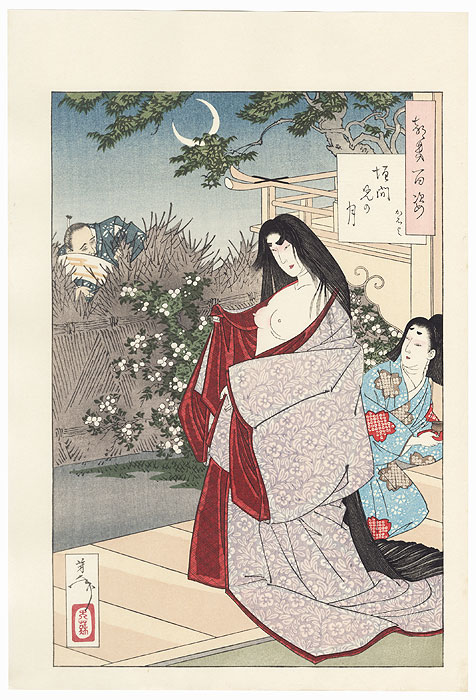 A Glimpse of the Moon - Intriguing Yoshitoshi portrait of Lady Kaoyo, the wife of En'ya Takasada, an official in the shogun's court. She was renowned for her beauty, and another courtier, Lord Moronao, decided he wanted to see for himself if the rumors of her loveliness were true. Here, Lady Kaoyo steps out onto a porch after her bath, unselfconsciously wrapping her robe about her, with long wet hair falling over her back to the floor. Moronao can be seen pushing aside the foliage beyond the garden fence, furtively peering at her, his face partially hidden behind his fan. The branches of a maple tree frame a view of the crescent moon overhead. A charming design. 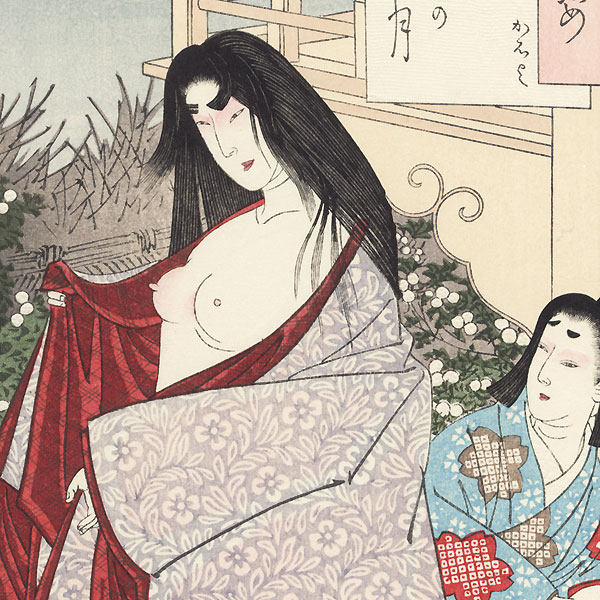 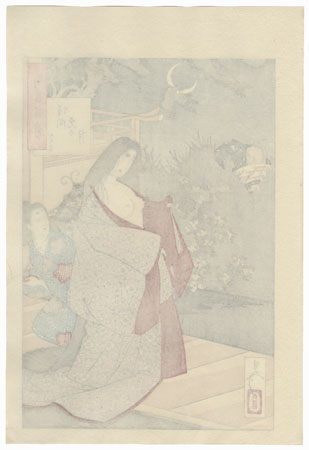