Gravemarker Moon - Lovely Yoshitoshi print depicting Ono no Komachi, a famous Heian era beauty and poetess. The subject of many Noh plays, in this scene Komachi is shown as an elderly woman sitting atop a fallen gravemarker, contemplating her life. Her kimono is made of a patchwork of fabrics, the white areas delicately embossed with a geometric pattern, and her straw hat hangs in tatters at her back, suggesting her impoverishment in old age. A crescent moon glows high above, and tall autumn grasses frame the cloudy night sky. A fine, reflective scene, nicely detailed and softly shaded. This high quality reprint is an excellent way to acquire this classic image at a fraction of the cost of an original. Published by Ukiyo-e Hanga Kanko-kai. 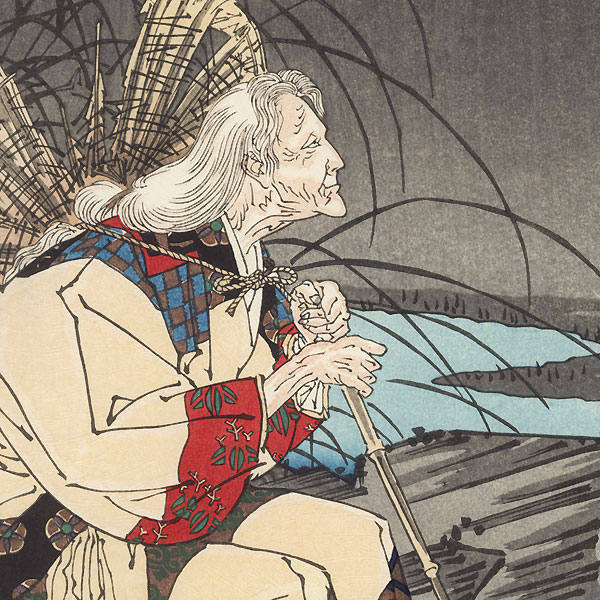 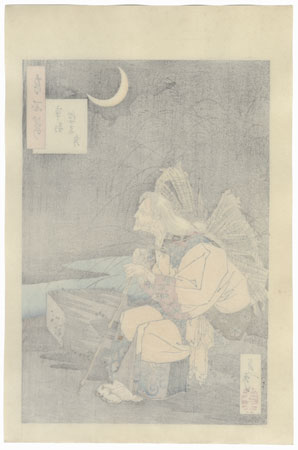