View of the Mitsui Stores at Surugacho in Edo 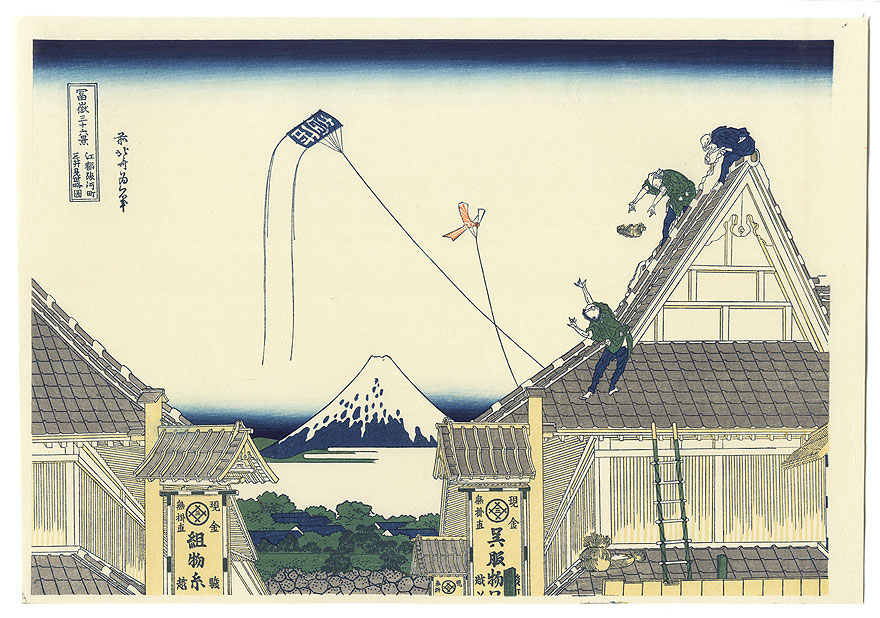 View of the Mitsui Stores at Surugacho in Edo - Terrific depiction of Mt. Fuji in winter, with kites flying high in the sky on New Year's Day. The impressive buildings of the Echigoya Mitsui Clothing Store frame the view in the foreground, with workmen repairing the tiled roof at right, one tossing a straw bundle down to a waiting man with his arms outstretched. The Mitsui sign at lower left reads "Braided Cords and Threads," while the sign at right announces "Clothing," and both advertise the store's cash payment policy, a new business practice at the time rather than billing the customer once or twice yearly. The buildings are beautifully detailed, creating a nice contrast with the simple form of the mountain in the distance. A lovely design with attractive color and fine bokashi shading in the sky. 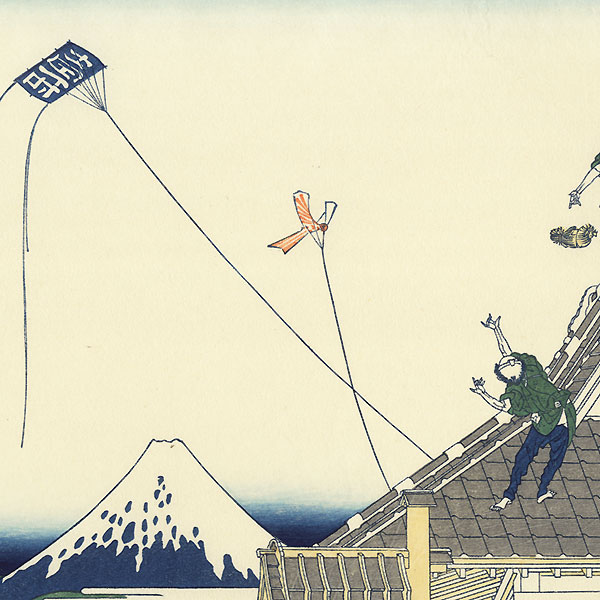 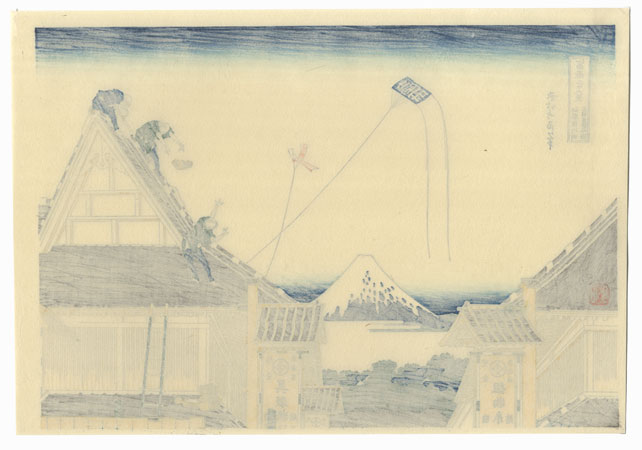