Lumberyards on the Takekawa River at Honjo 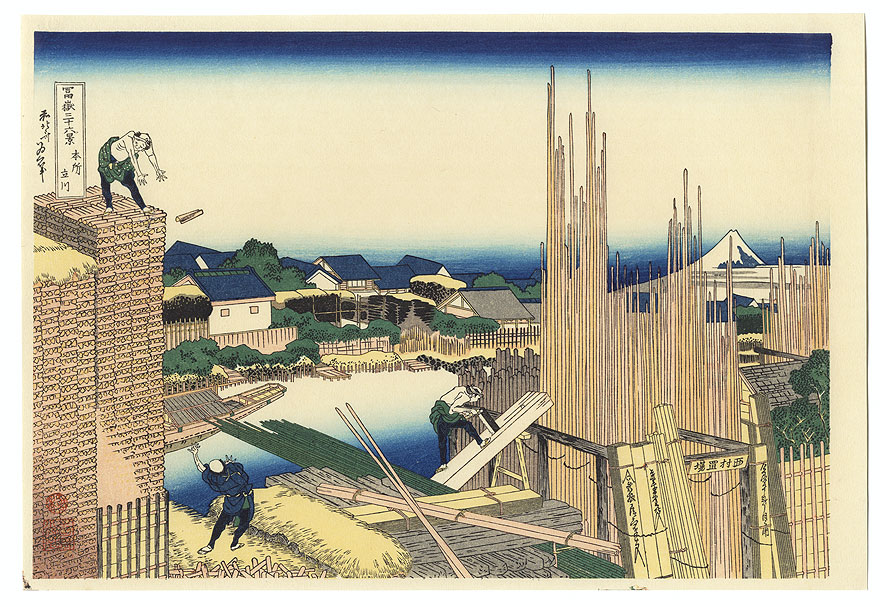 Lumberyards on the Takekawa River at Honjo - Terrific view of the busy lumberyard at Honjo, with a man at left atop a tower of wood, tossing a piece down to his companion. At right, another worker saws a thick plank into smaller pieces of dimensional lumber. Cut pieces are bundled and stacked along the wooden frame that holds uncut lumber at lower right. Houses line the opposite shore of the Takekawa River, with the peak of Mt Fuji in the distance at upper right. Wonderful detail in this fascinating subject, with fine bokashi shading in the water and sky. 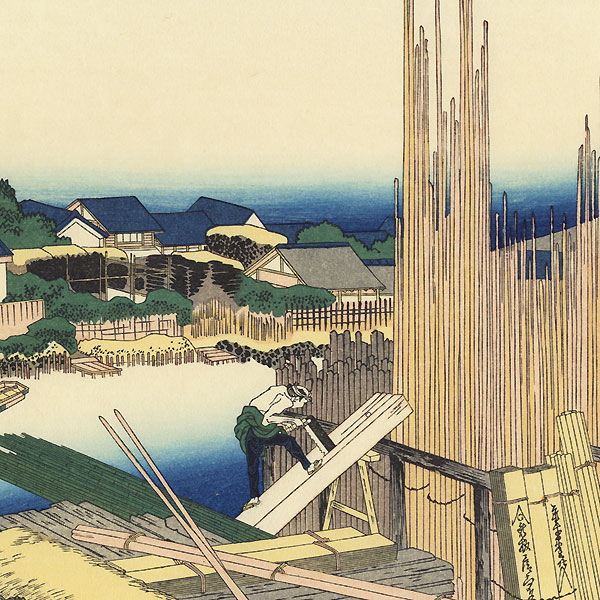 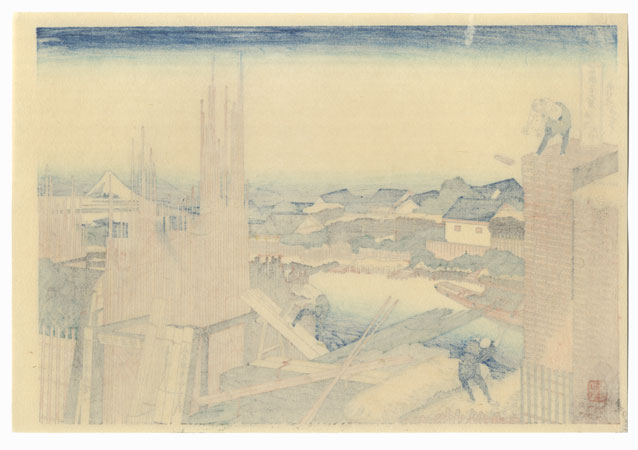