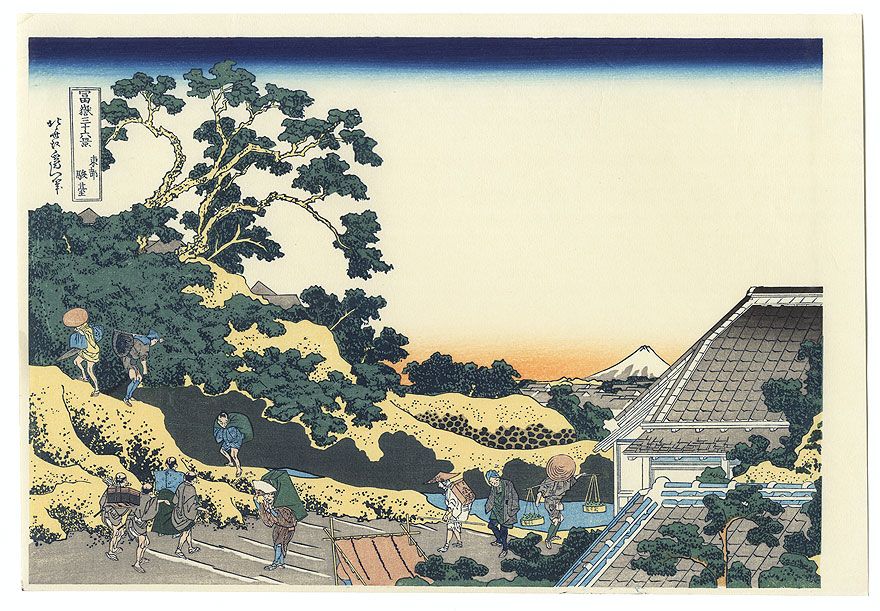 Surugadai in Edo - In Hokusai's time, Surugadai was famous for its mansions of the ruling class. The area offered incredible views of Mt. Fuji, along with close proximity to the shogun. The tiled roof of a daimyo's mansion frames the view at lower right, while travelers and pedestrians walk along the busy road. The snow-covered peak of Mt. Fuji rises in the distance beyond the rooftops of the city. An attractive design, nicely detailed. 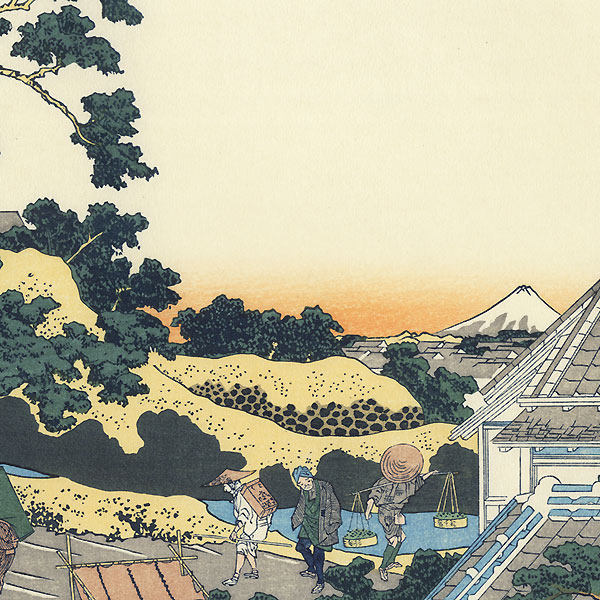 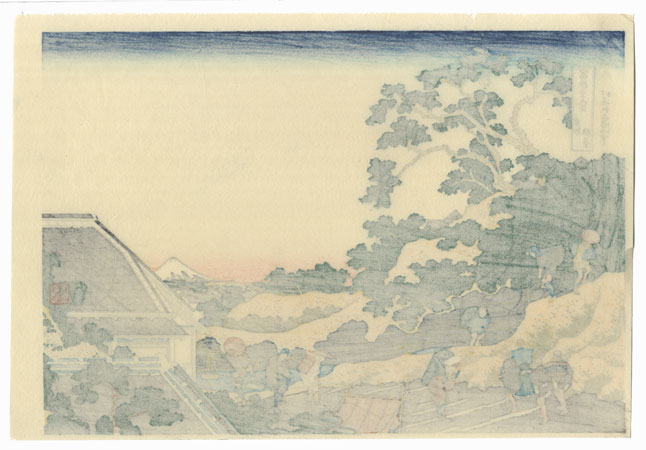