Special detail - Burnishing on the black kimono and the black undergarment. The actor in the third panel from the left is Onoe Tamikura as the otokodate or street knight Kurofune (Black Ship) Chuemon. 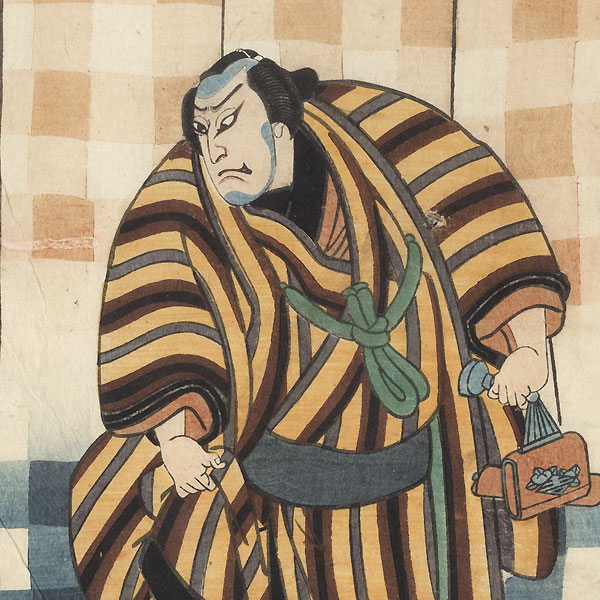 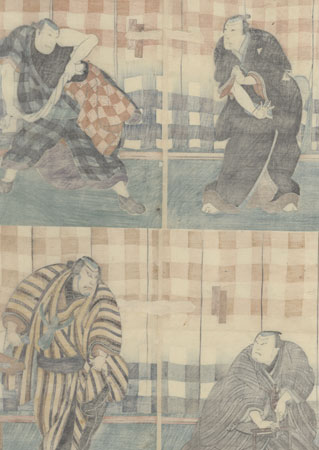