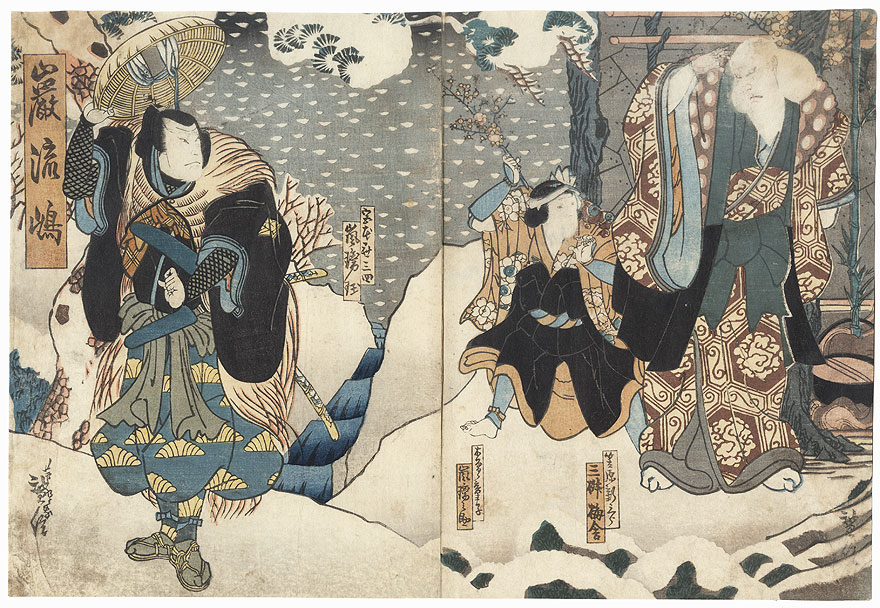 Special detail - From right, the actors are Mimasu Baisha I as Sasahara Shinzaburo and Arashi Rinosuke I as Kiso no Doji (R), and Arashi Rikaku II as Miyamoto Musashi (L) in the play "Katakiuchi Ganryujima" at the Kado Theater. 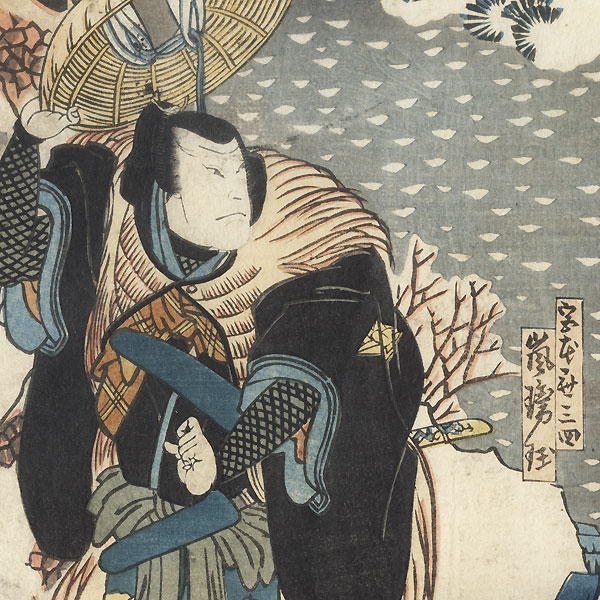 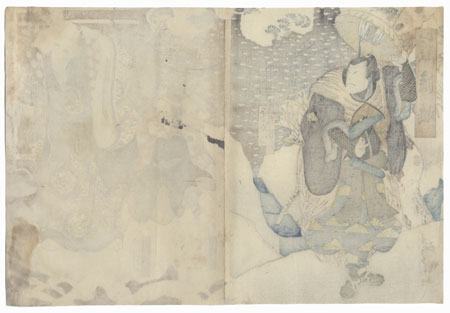