Scene from the Kanadehon Chushingura, 1866 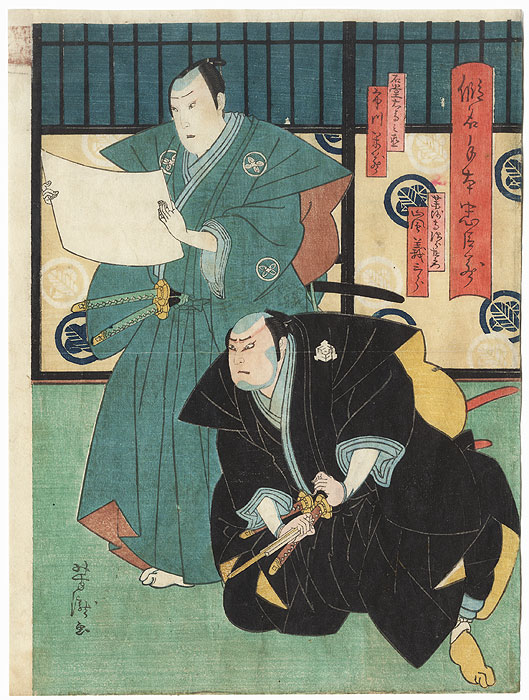 Special detail - From left, the actors are Arashi Yoshisaburo as Yakushiji Jirozaemon and Ichikawa Yonezo as Ishido Umanojo in the "Kanadehon Chushingura" (The Storehouse of Loyal Retainers). 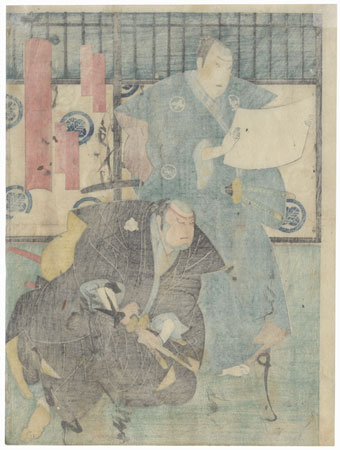