Watonai Waiting for a Signal

Comments - Handsome scene from the kabuki play commonly known as "Kokusen'ya Gassen," the story of the warrior Watonai traveling to China to help restore the Ming Dynasty. Watonai enlists the aid of his half-sister, Kinshojo, to determine if her husband, General Kanki, will assist him with his plan. The beauty was supposed to pour white pigment into the water to signal success, or red pigment indicating failure. Here, Watonai holds a torch high as he waits on a bridge to examine the water below. Unbeknownst to him, the red pigment comes from the beauty's own blood, as she commits suicide for her failure. A great design, beautifully detailed with burnishing on Watonai's robe and black sash, and accents of metallic pigment that have oxidized to a dark tone. 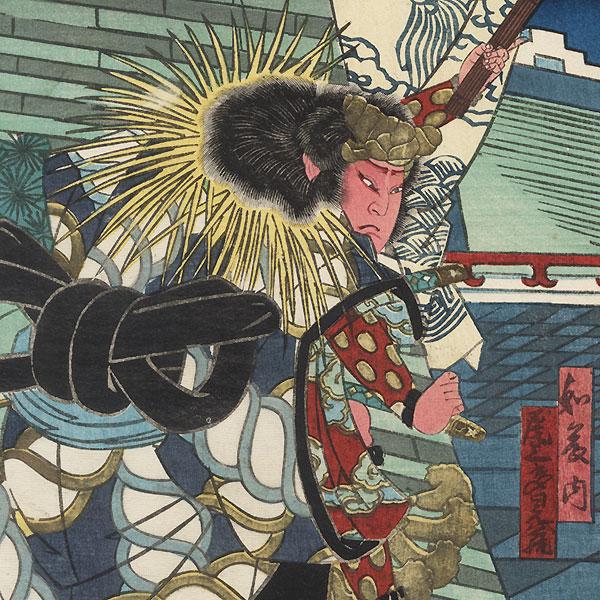 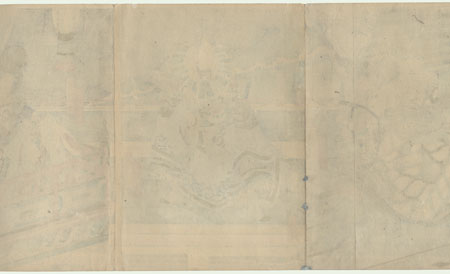