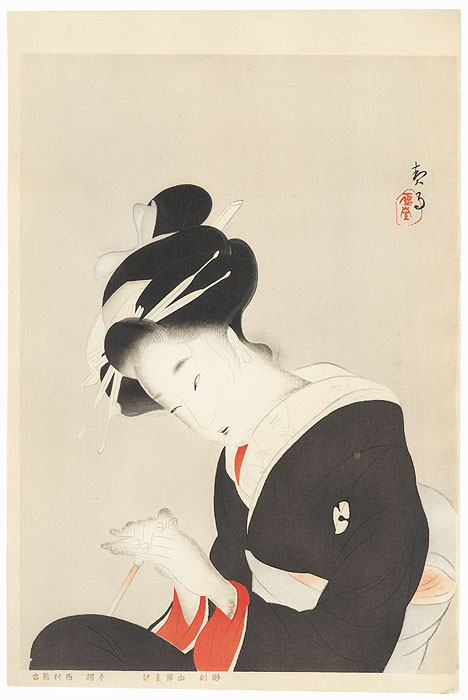 Condition - This print with excellent color and detail, as shown. Slight toning, a couple tiny spots. Please note, the darkening along the edge of the face and hands is from the oxidation of the pigment used, and is typical for this subject. A few small marks. Please see photos for details. Good overall. 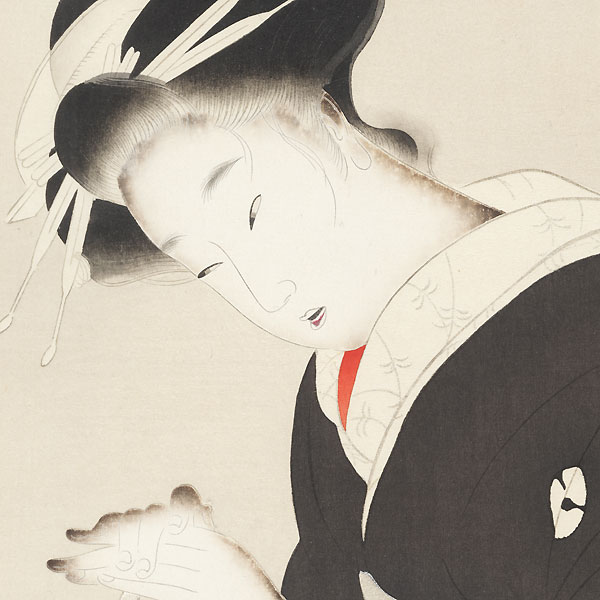 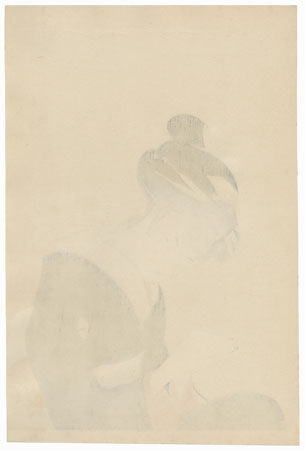