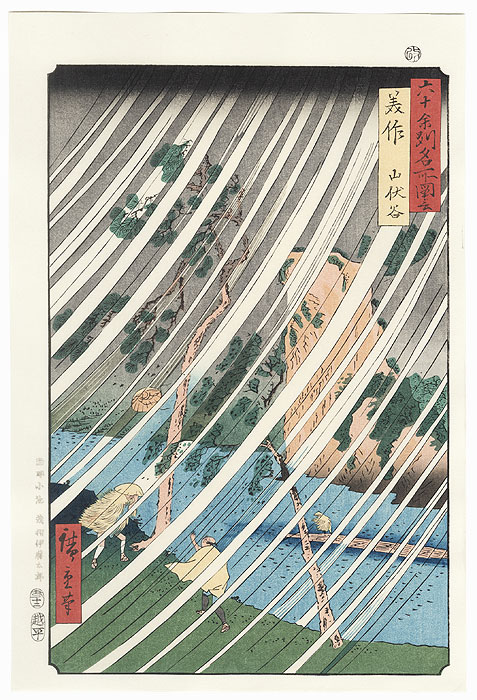 Yuyudo Publisher - In the early 20th century, the Yuyudo publishing house had already distinguished themselves as one of the finest publishers in Japan. They adhered to the same exacting standards of 19th century publishers while some of their publishing colleagues took shortcuts. In the 1950's, as interest Edo era woodblock prints was reigniting, Yuyudo embarked upon a project to produce reprints by the great masters from the Golden Age of Ukiyo-e. They hired the finest woodblock printers and carvers in the world for this endeavor. The resulting prints were some of the highest quality reproductions ever made. We are pleased to offer this beautiful reprint from the Yuyudo publisher in our auctions today.  Yuyudo prints are exceptionally well done and very finely printed. Each bears a Yuyudo Publisher stamp on the margin or reverse. Bid now on prints from this fantastic collection!

Mimasaka Province, Yamabushi Valley - Beautiful Hiroshige depiction of Yamabushi Valley on a stormy day, huge gusts of wind and rain sweeping across the scene. A few travelers struggle against the elements as a hat goes flying in the wind. Across the Tsuyama River, Jizo Rock can be seen on the opposite shore. A dynamic, dramatic design, beautifully shaded. Not often seen in reprint. 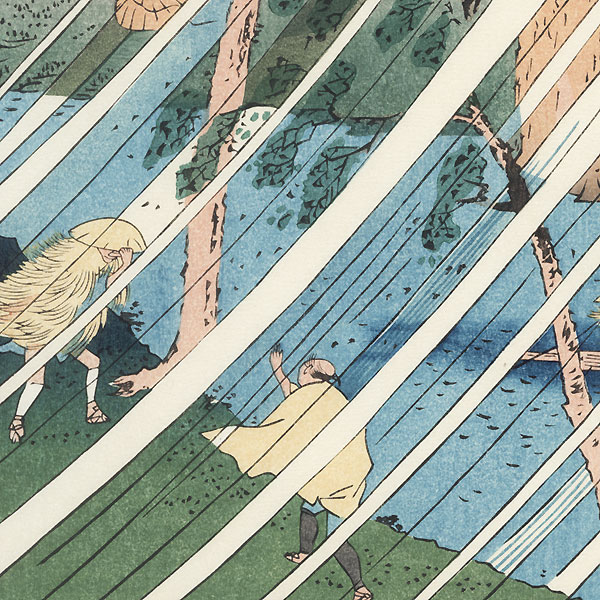 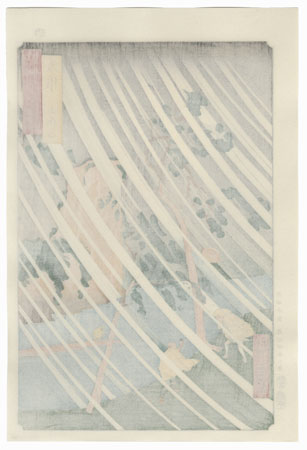