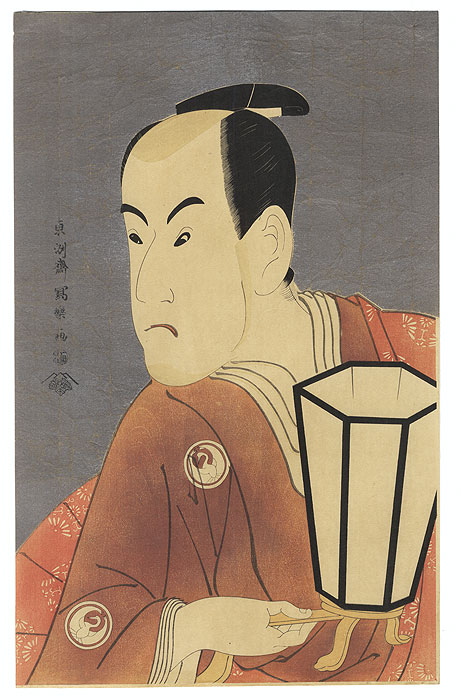 Comments - Excellent Sharaku portrait of Bando Hikosaburo III as the kindly Sagisaka Sanai in the play "Koi Nyobo Somewake Tazuna." He looks over his shoulder with a frown, his eyebrows slightly, as he carries a lantern in one hand. His hair is pulled back into a thin, neat topknot, and the outer sleeve of his patterned kimono has been pushed down to the waist, revealing a solid color under robe. A beautiful soft color palette which contrasts nicely with the dark silver mica ground. 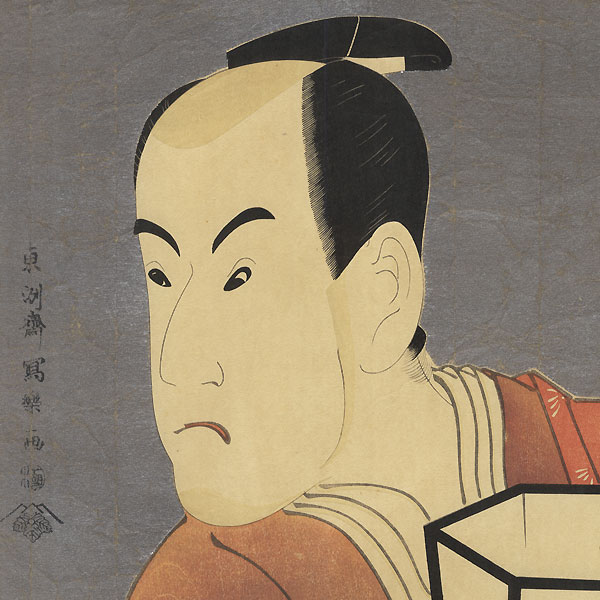 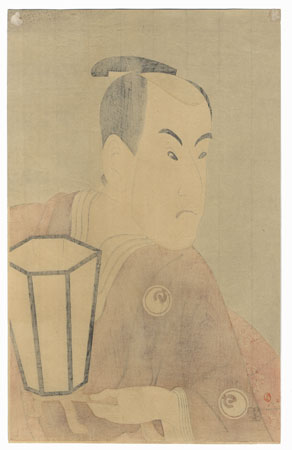