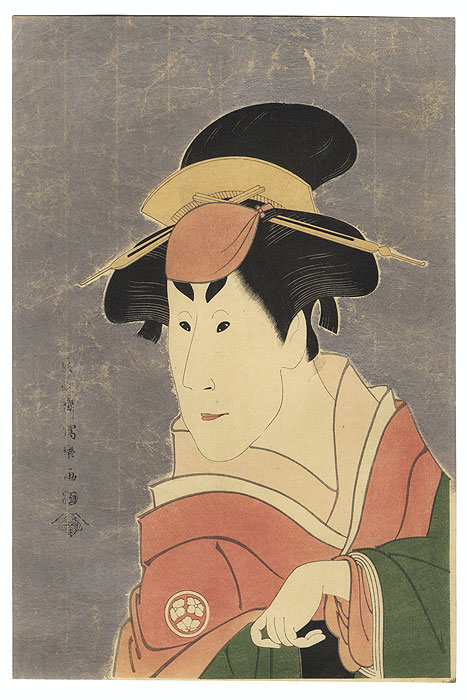 Comments - Wonderful three-quarters-length portrait of Osagawa Tsuneyo II as Sakuragi, the wife of Sadanoshin in the kabuki play "Koi Nyobo Somewake Tazuna." Her husband was engaged by a nobleman as a Noh drama instructor, but he was dismissed over the misconduct of his daughter, who served as a lady's maid. In this image, Sakuragi is shown watching her husband's final Noh performance, unaware that he plans to commit suicide during the play. She watches with an expression of quiet resolution, her eyes wide as she gently pulls at the sleeve of her outer kimono. A moving design with soft color and a lovely shimmering mica background. 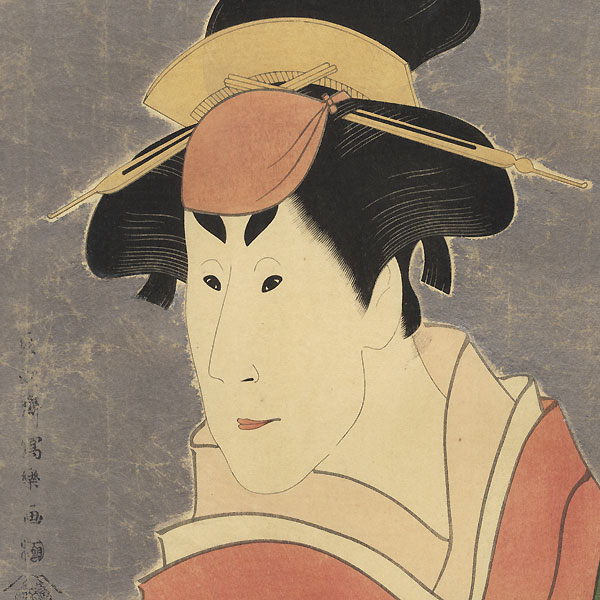 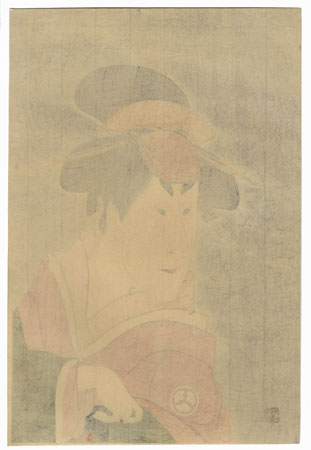