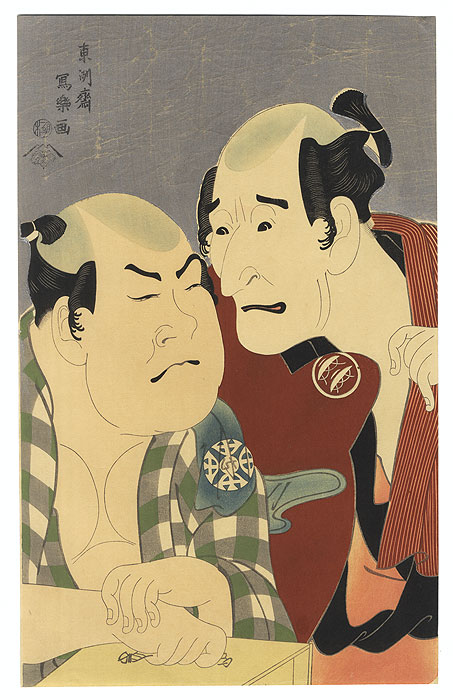 Comments - Incredible Sharaku double portrait from the kabuki play "Katakiuchi Noriai Banashi." Nakamura Konozo portrays the boatman Kanagawaya no Gon, and Nakajima Wadaemon appears as Bodara no Chozaemon. The boatman has just delivered his customer to a brothel, and he carries a small wooden chest, used to hold the belongings of passengers. The pair presents a marvelous contrast, with the short, heavy, pug-nosed boatman next to the taller, thinner, more angular man, who appears anxious and distraught next to his stolid companion. Fine shimmering mica background. A real masterpiece, considered the finest of Sharaku's double portraits. 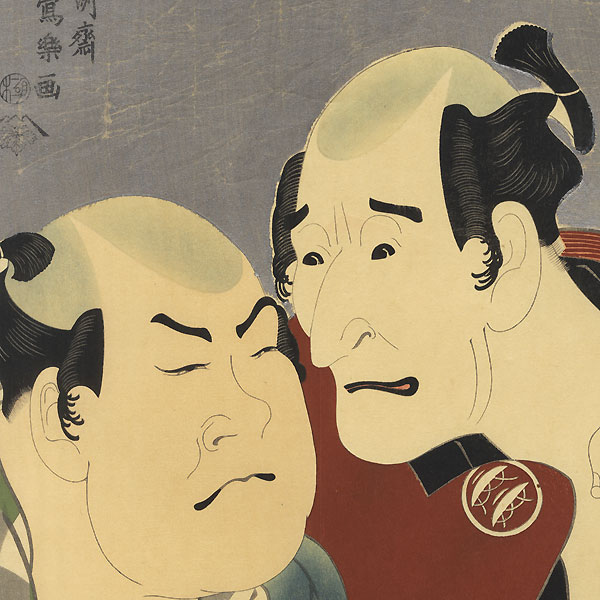 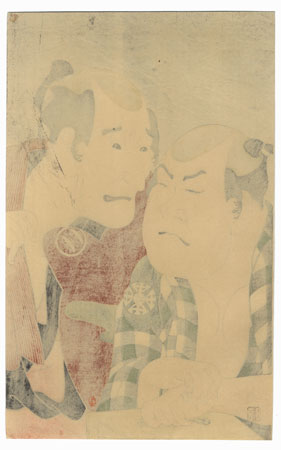