Comments - Interesting double portrait of Bando Hikosaburo III as Obiya Choemon and Iwai Hanshiro IV as the young beauty Shinanoya O-Han in a scene from the play "Katsuragawa Tsuki-no Omoide." The middle-aged Choemon is a married merchant who falls in love with the teenaged O-Han, and the pair end up committing suicide together in a lover's pact. Here the beauty waves the flowing sleeves of her kimono gracefully as she kneels at her sweetheart's feet. Her kimono features two shades of soft green patterned with iris, tied with a red tie-dyed obi. Choemon stands by silently, frowning down at the girl, his arms firmly crossed and tucked inside the sleeves of his striped kimono. Nicely detailed with soft color and fine line work, and a distressed mica background. 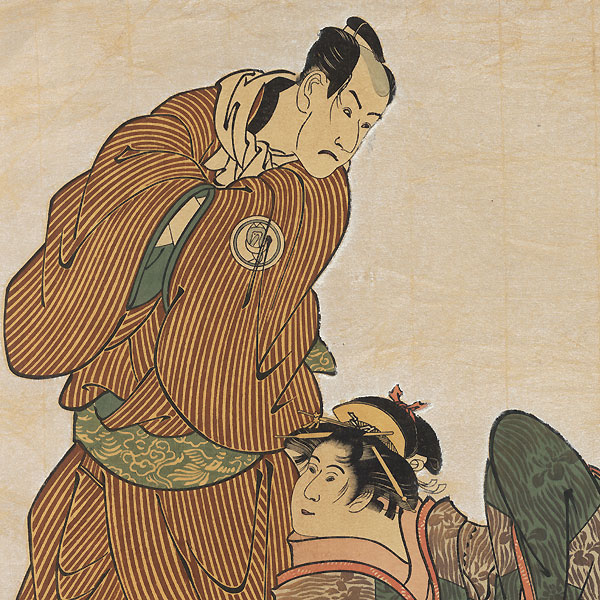