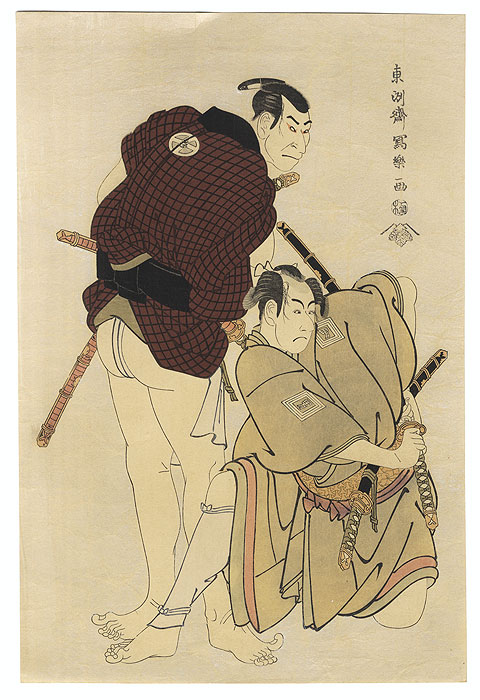 Comments - Terrific double portrait of Ichikawa Omezo and Otani Oniji II in a scene from "Nihonmatsu Michinoku Sodachi," a play about the troubles of the Date Clan in the 17th century. Omezo portrays the wrestler Ikazuchi Tsurunosuke and Oniji II plays the faithful samurai Ukiyo Tohei, disguised as a bad man to spy among the Date's enemies. The wrestler leans on one knee, twisting his torso around as he reaches to draw his sword. His companion stands with his back to the viewer, his kimono tucked up at the waist, glaring over his shoulder. An interesting composition with the almost motionless standing figure contrasting with the action of the kneeling man. Nicely detailed with a distressed mica background. 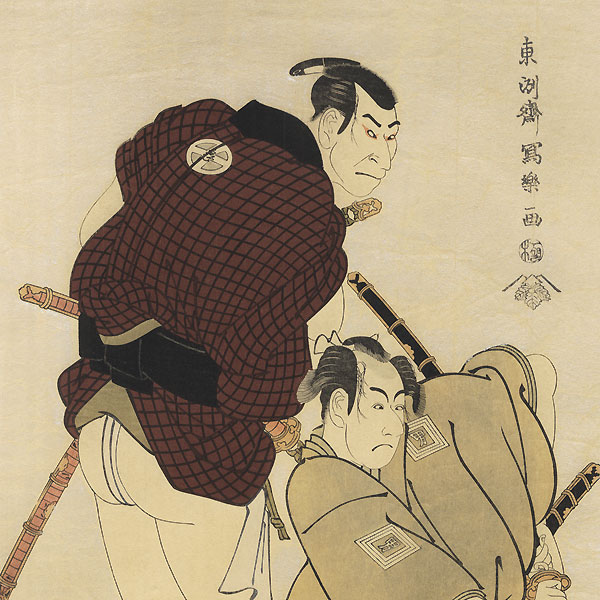 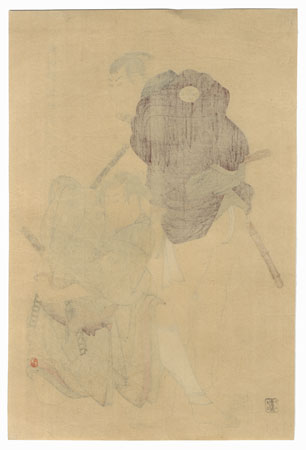