Special detail - Metallic pigment that has oxidized to a dark tone on the tie-dyed red shirt in the center, the tsuba (sword guards), and the scabbards. 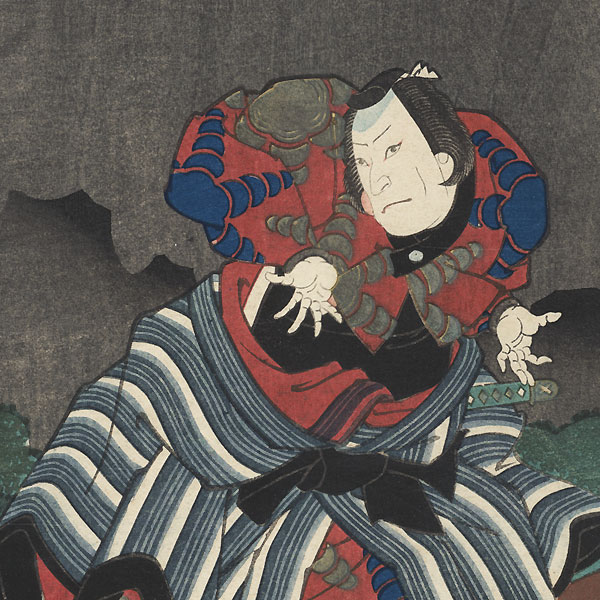 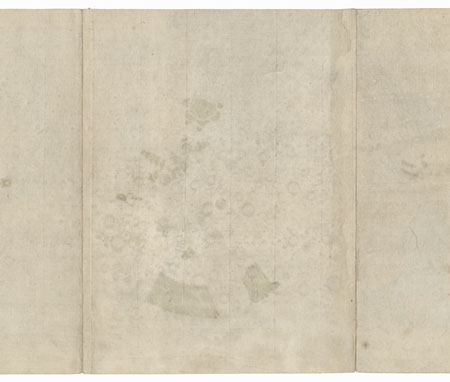