Special detail - Embossing on the white kimono, metallic pigment that has oxidized to a dark tone on the beauty's kimono, the samurai's red vest, the blade of the pole arm, and the hilts of the swords. Nakamura Jakuemon plays Mirua Hitachi and Nakamura Komanosuke appears as the monk. 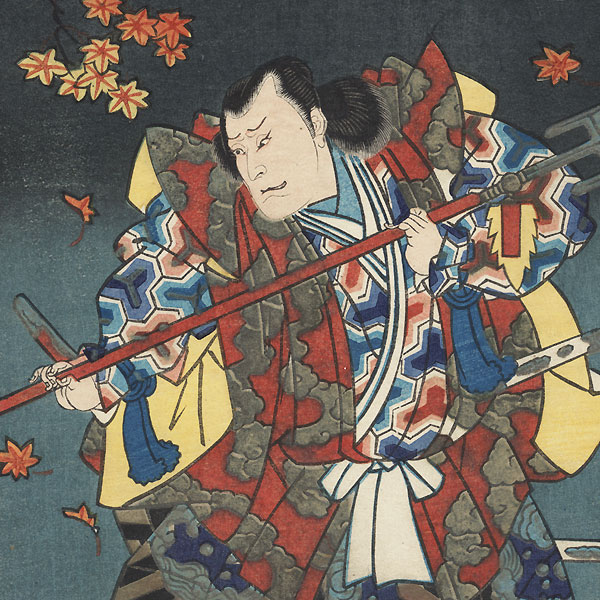 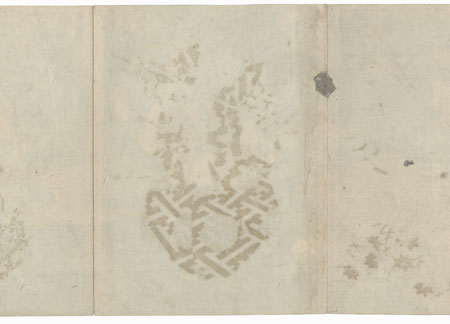