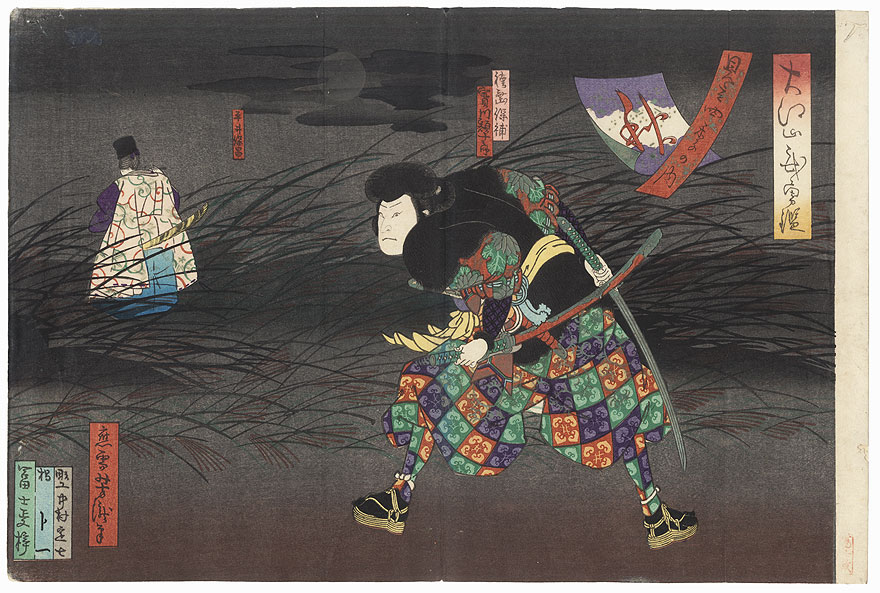 Special detail - Metallic pigment that has oxidized to a dark tone on the blade of the sword. Great image of the robber Hakamadare sneaking up on Hirai Yasumasa as he plays the flute while strolling home through the lonely moor one night. The curling red poem slip at upper right read "Matches for the Four Seasons" while the purple and white slip reads "Autumn." 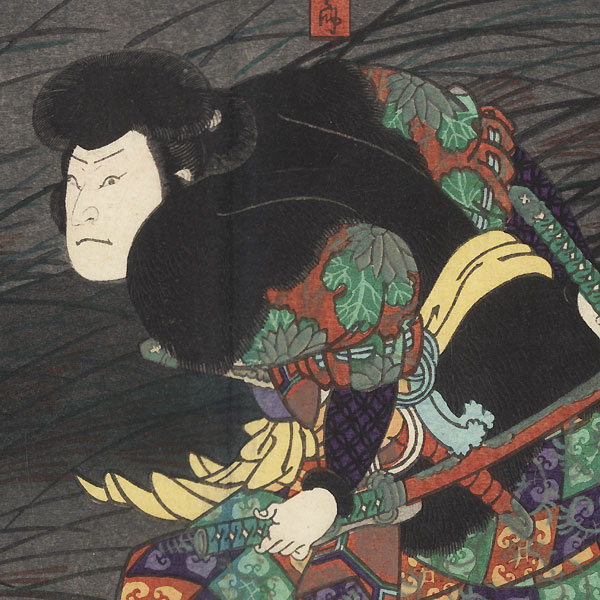 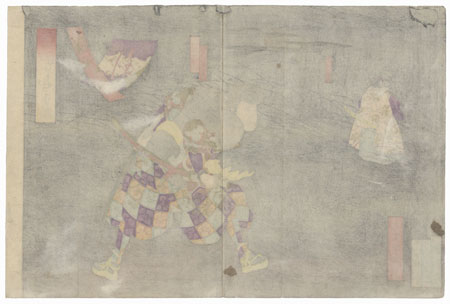