Godairiki, Volume 2, 1861 - Special detailFrom left, the roles are the Geiko Kikuno and the samurai Satsuma Gengobei in a scene from the play commonly known as "Godairiki" (The Five Great Powers that Secure Love). 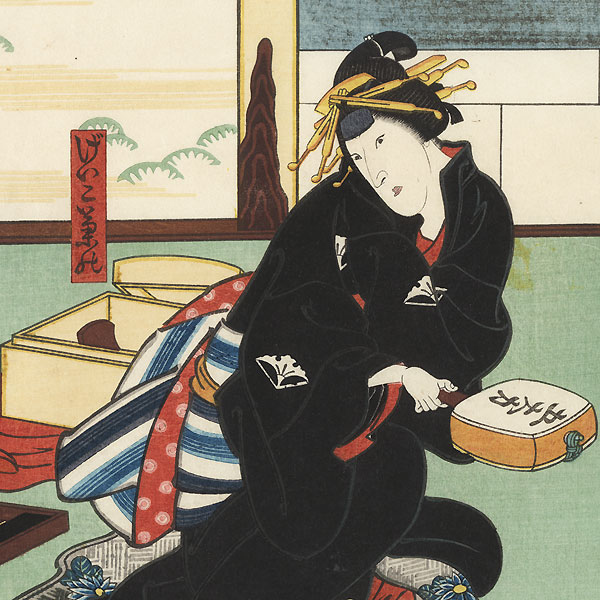 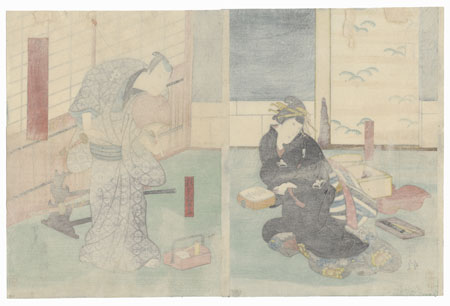