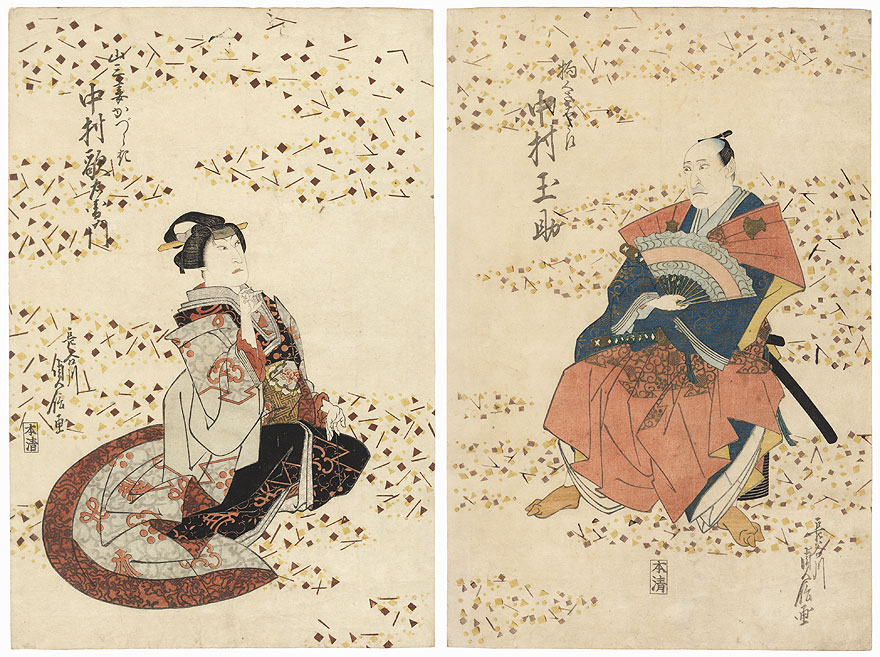 Special detail - Metallic pigment that has oxidized to a dark tone on the beauty's obi and the kimono trim, and on the samurai's kamishimo, blue kimono, and fan. 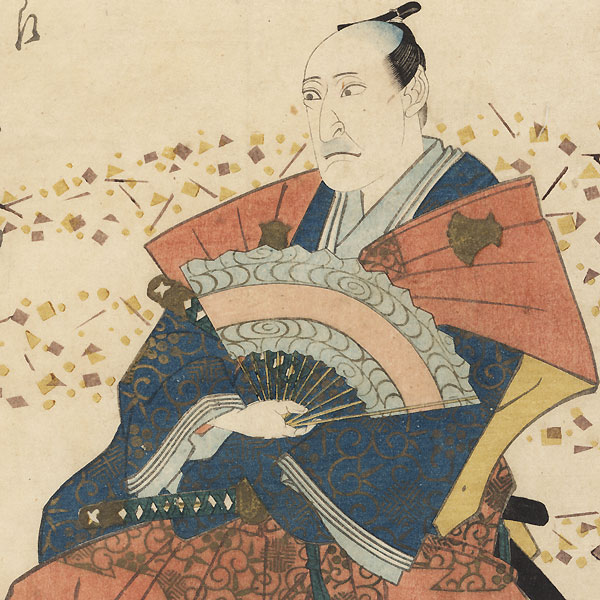 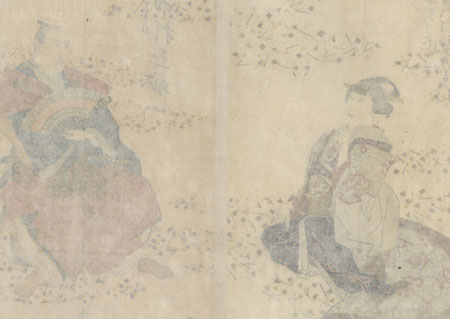