Man with a Gun and Monk 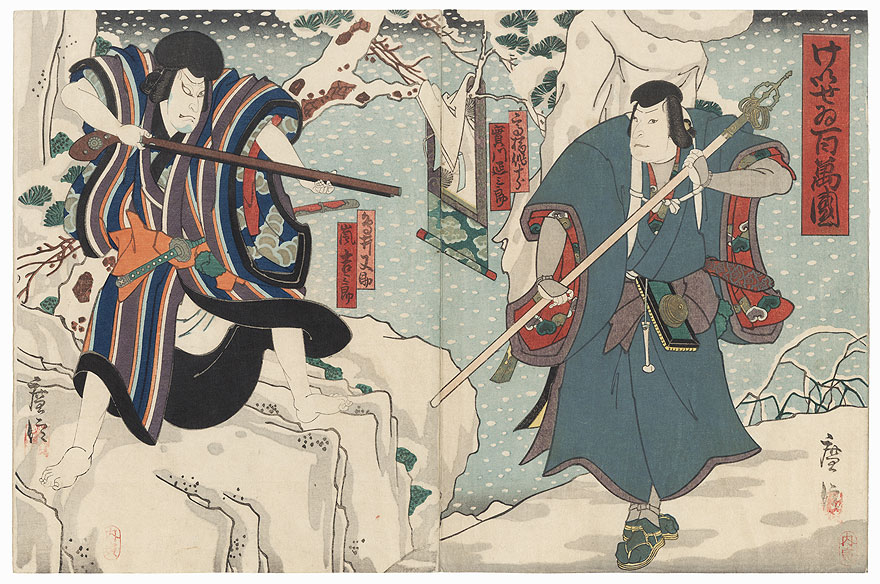 Special detail - Burnishing on the man's black kimono lining and trim, metallic pigment that has oxidized to a dark tone on the monk's staff and the sword hilt. 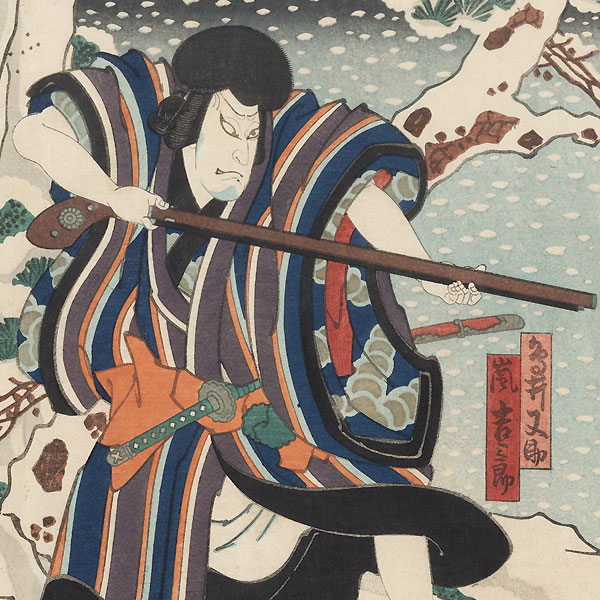 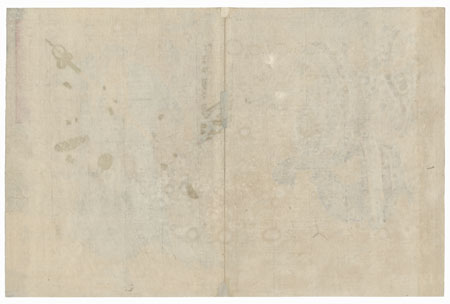