Expectant: the appearance of a fireman's wife of the Kaei era, No. 19 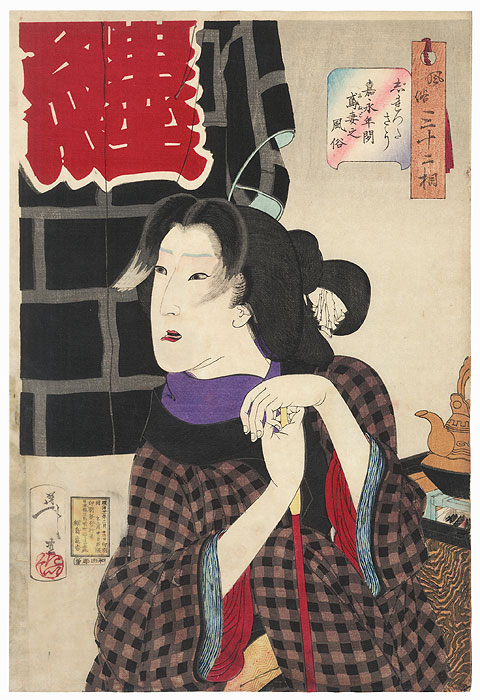 Original Yoshitoshi (1839 - 1892) Japanese Woodblock Print
Expectant: the appearance of a fireman's wife of the Kaei era, No. 19

Expectant: the appearance of a fireman's wife of the Kaei era, No. 19 - A young beauty, a fireman's wife, waits for her husband to arrive with an impatient look on her face. Firemen held a very high position in 19th century Edo, where the tightly packed wooden houses were prone to burn. The Japanese title of the print refers to the beauty as "anego," a polite form of address indicating her position of authority. Behind the young woman we can see her husband's padded fireman's coat, a sign of the family's importance and prosperity. A terrific design from the series. 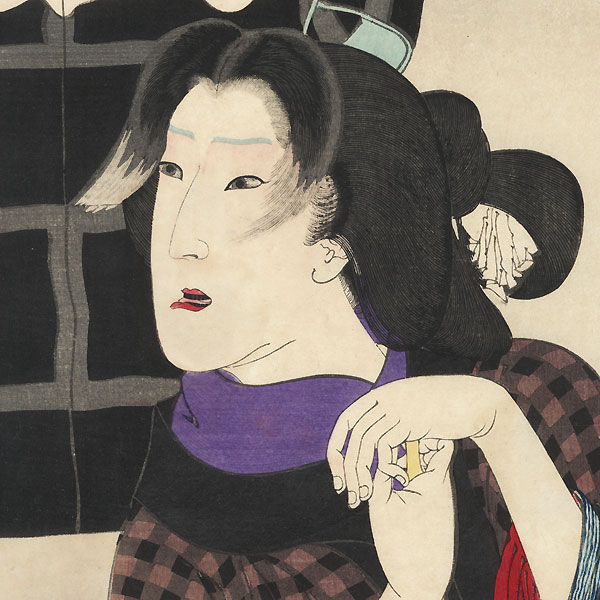 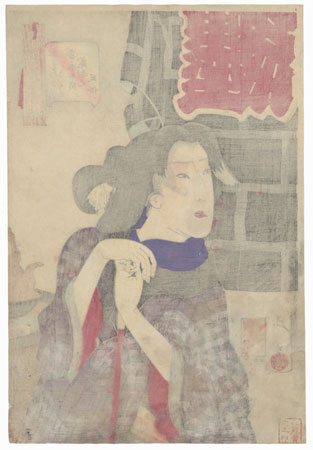