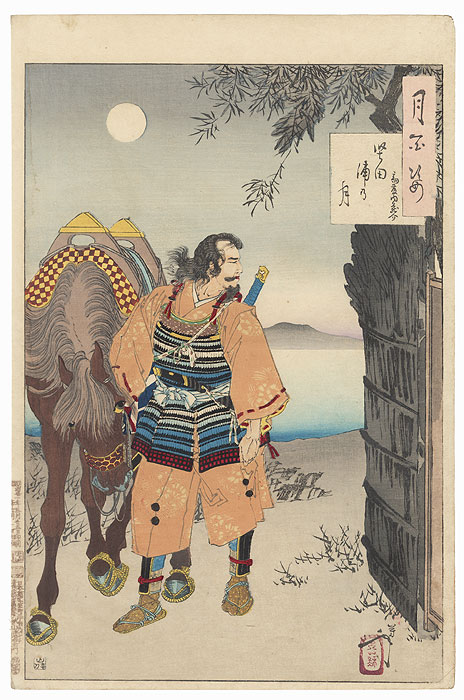 Katada Bay Moon - Handsome night scene depicting Saito Kuranosuke, a former retainer of Akechi Mitsuhide. After assassinating Oda Nobunaga, Akechi Mitsuhide was executed, and his followers fled to escape retribution. Kuranosuke and his son escaped to Katada Bay, where he fell ill and was arrested while recuperating. Here, Kuranosuke stands beside his horse outside a garden gate, hoping for refuge inside as he looks back furtively. He has discarded some of his armor during the flight, and his horse wears straw shoes to muffle the sound of its hooves. The full moon shines serenely overhead, the water of the bay calm below. Wonderful detail and color in the armor and clothing, with fine bokashi shading in the water and sky. 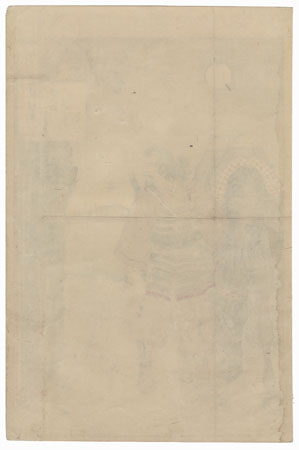