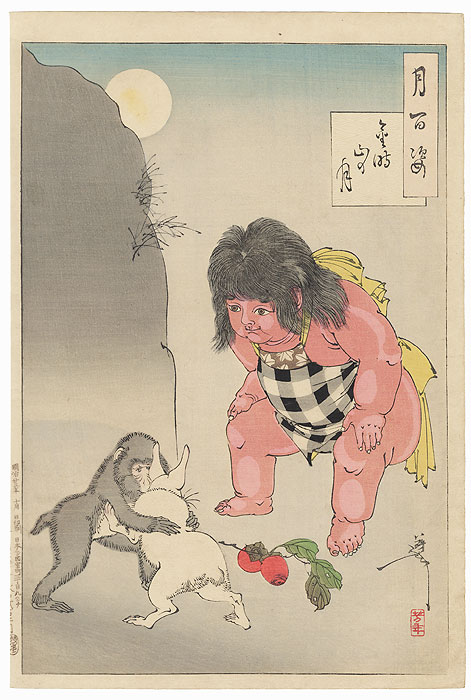 Moon of Kintoki's Mountain - Great print illustrating the story of Kintaro, a baby abandoned by his parents at birth near Mount Fuji. He was raised by Yamauba, half-woman, half-spirit, who lived in the mountains where he was abandoned. Possessing superhuman strength, Kintaro grew up with animals as friends and in this scene, he referees a wrestling match between a monkey and a rabbit. Later, Kintaro was discovered by Minamoto no Yorimitsu, who took him to be his retainer, and he had many adventures as the samurai Sakata Kintoki. A charming design, beautifully detailed with embossing on the fur. 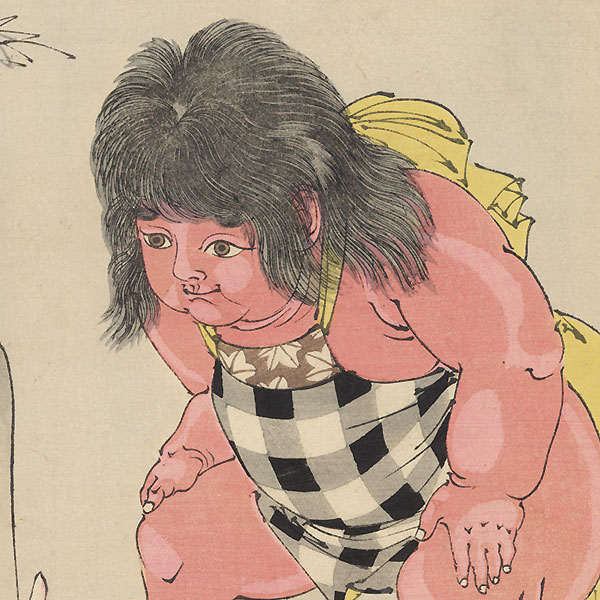 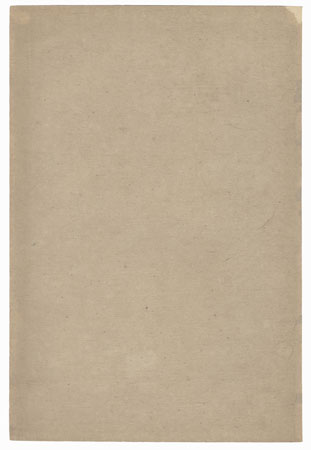