The Moon of Ogurusu in Yamashiro 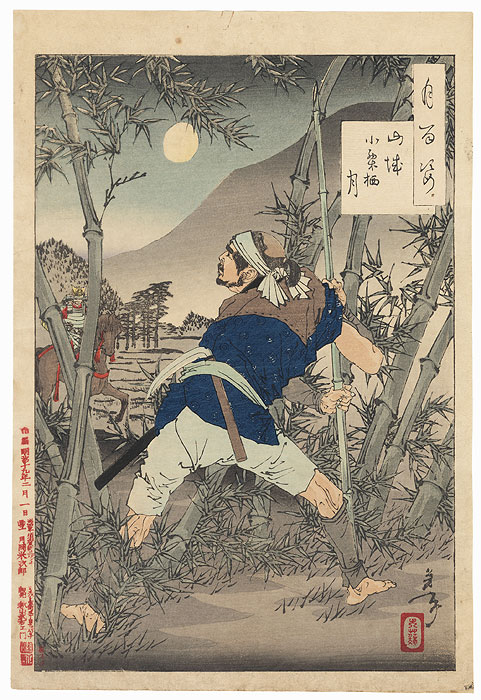 The Moon of Ogurusu in Yamashiro - Handsome illustration from the story of Akechi Mitsuhide, an ambitious warrior who persuaded the emperor to name him shogun after his assassination of a rival. Toyotomi Hideyoshi, another rival, marched on Kyoto and repeatedly routed Mitsuhide's forces. As Mitsuhide fled to his castle in Yamashiro following his defeats, he was ambushed by a group of peasants and killed. He was only shogun for 13 days. Here, a farmer waits among a clump of bamboo with a sharpened bamboo spear, watching as Mitsuhide rides horseback along the road, dressed in a fine suit of armor. The peasant strikes a bold pose, his feet firmly spread as he lunges to the side, a kama or sickle tucked under his sash. A great composition with the bamboo framing the scene, and the moon glowing softly above the distant mountains. 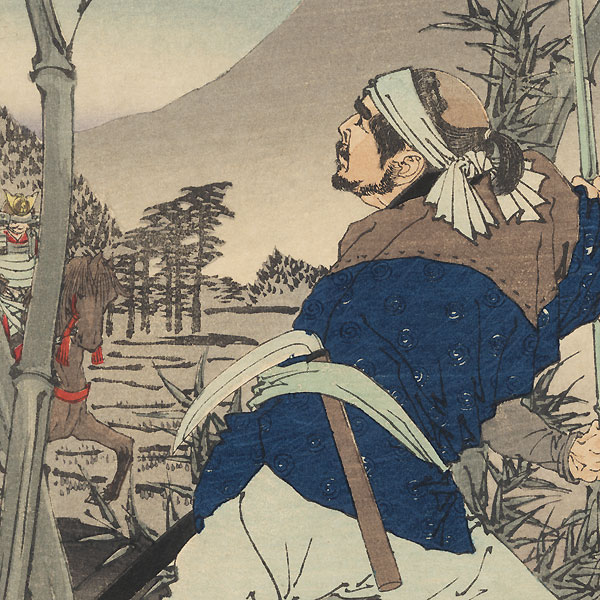 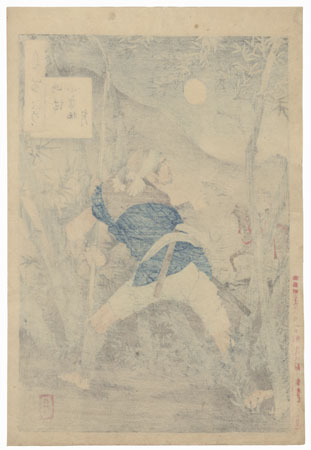