Received Back into Moon Palace 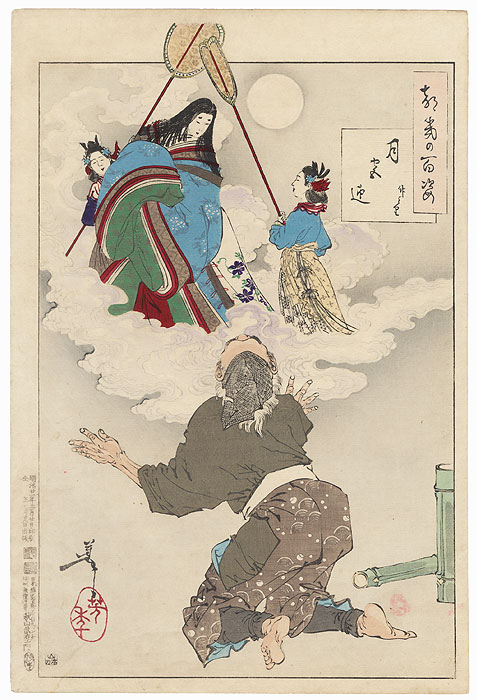 Received Back into Moon Palace - Wonderful illustration from the tale of the bamboo cutter, Taketori no Okino. In the forest one day, he came across a shining stalk of bamboo, and upon cutting it open, he found a tiny baby girl inside. He took her home, and he and his wife raised her, naming her Kaguya-hime. She grew into a lovely young woman with many suitors, but whenever she saw the full moon, she became sad. Kaguya-hime finally revealed that she was actually the daughter of Joga, Queen of the Moon, and that she had to return to her realm in the heavens. Here, attendants escort her back to the moon on a swirling cloud as the elderly man kneels below, pleading with her to stay. A lovely depiction of this classic tale. 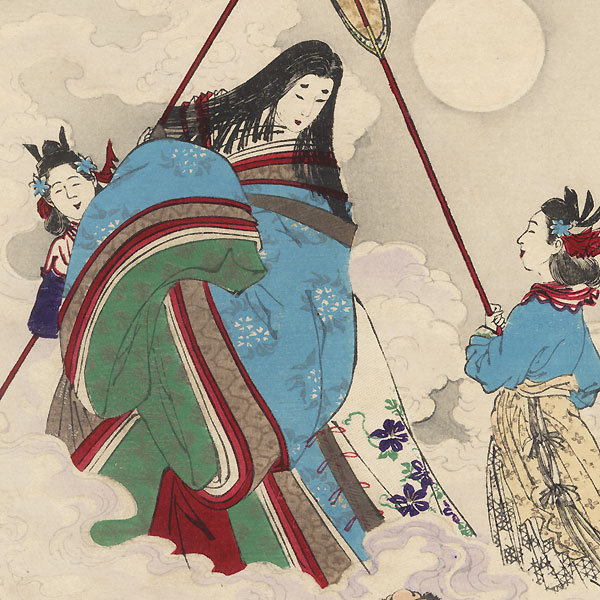 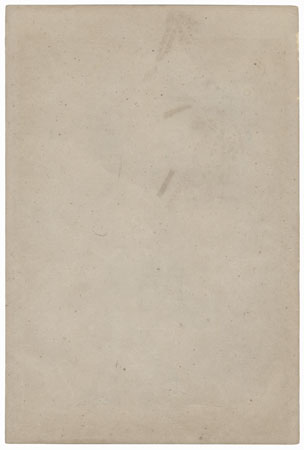