Jade Rabbit - Fantastic image of the immortal monkey Songaku, who accompanied the priest Triptaka on his journey from China to India in the seventh century to collect Buddhist scriptures. Monkey broke into the garden of heaven and gained immortality by eating the peaches of longevity, and his adventures and playful pranks there continue to delight children today. Here, he plays with the Jade Rabbit who lives on the moon, striking a pose with his staff held high and the wind blowing his robes about him as Rabbit leaps through the night sky, hanging weightless in front of the softly glowing pink moon. Yoshitoshi allows the tip of Monkey's staff to just break the edge of the image, adding a sense of depth. Often considered the masterpiece of the series, this dynamic design is a favorite with collectors. 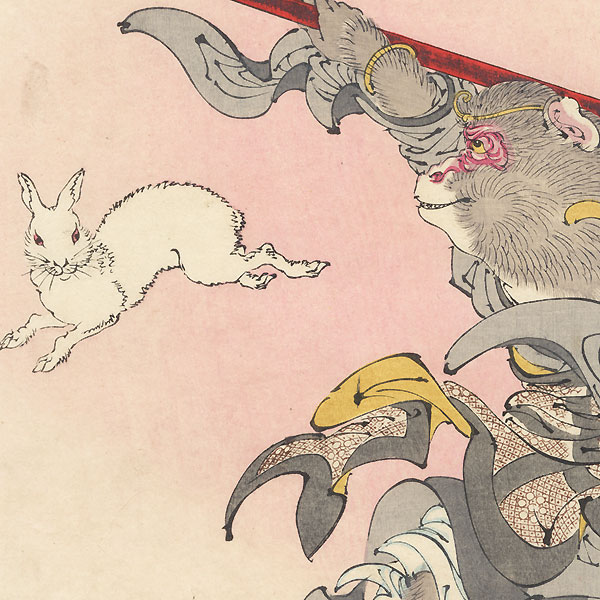 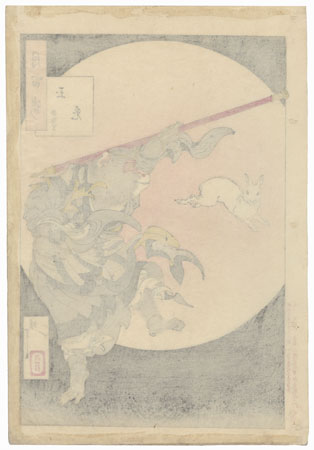