Tango Province, Ama no hashidate - Terrific bird's eye view of the Bay of Miyazu and the "ama no hashidate," a famous long, narrow spit of land covered in pine trees. Boatmen navigate the waters on either side, a small Shinto temple shown among the pines. Ama no hashidate was considered one of the most beautiful seaside views in Japan. 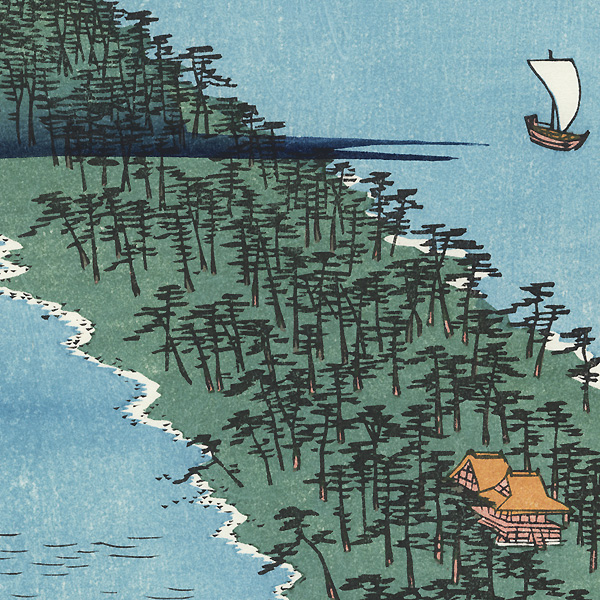 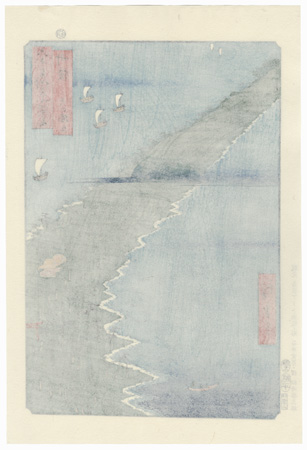 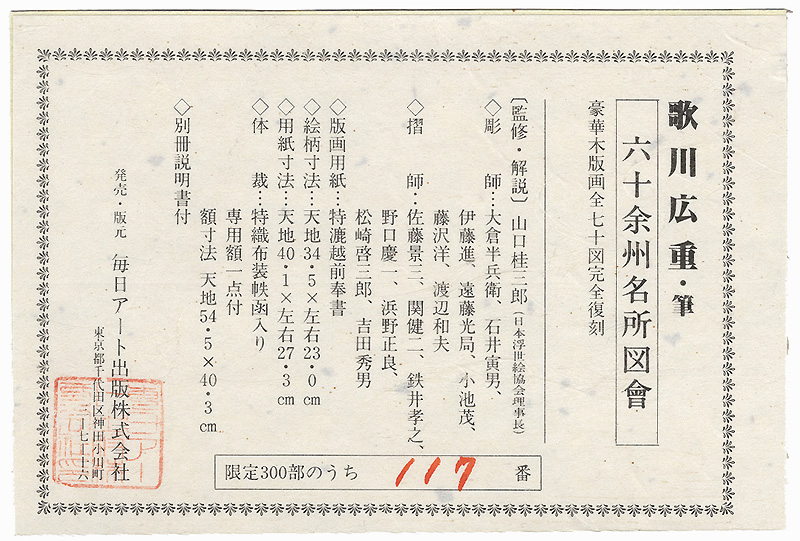