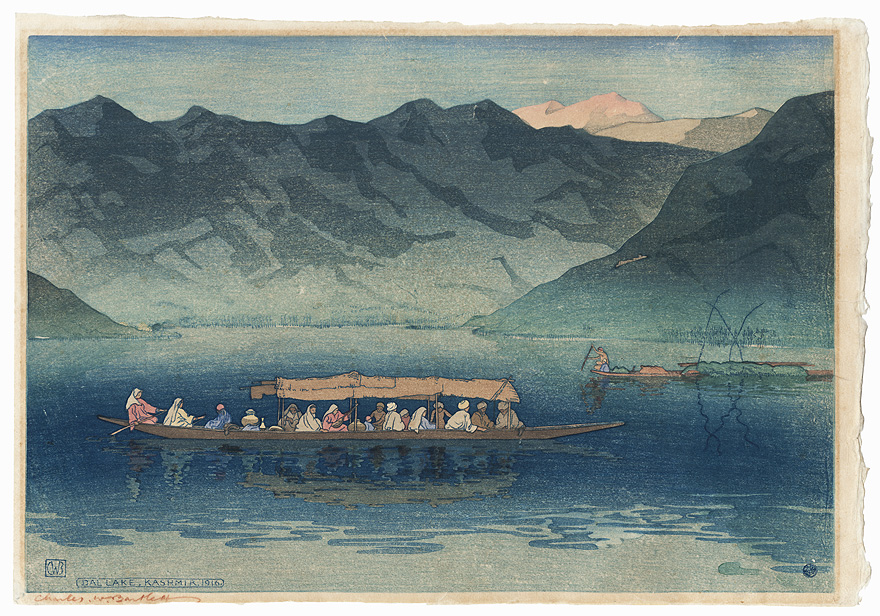 Charles William Bartlett - Born in England in 1860, Charles William Bartlett studied at the Royal Academy of Art in London, working in oil, watercolor, and etching. Beginning in December 1913, Bartlett traveled and painted in India and Asia, making his way to Japan in 1915, where he met the publisher Watanabe Shozaburo. In 1916, Watanabe released a total of 22 woodblock prints based on Bartlett's watercolor travel paintings. Bartlett was one of the first artists to work with Watanabe as part of the shin-hanga or new prints movement, and also one of the few Westerners working in Japanese woodblock prints at that time. Watanabe did a wonderful job capturing the nuances of Bartlett's original watercolors.

Intending to return to England via Hawaii, Bartlett left Japan in 1917, but he fell in love with Hawaii and lived there until his death. He continued to work with Watanabe, who published a total of a total of 38 prints by the artist through 1925, including scenes of Japan, India, Hawaii, and Southeast Asia. Most of the blocks for Bartlett's prints were destroyed in the fire following the Great Kanto Earthquake in 1923, so his prints that date prior to that are extremely rare. His lyrical scenes feature rich, jewel-tone color and simplified designs with a modern feeling. His painterly designs are a wonderful choice for a shin-hanga collector.

Comments - Lovely view of Dal Lak in Kashimir, a boat filled with people gliding quietly along the river. The reflections on the water are beautifully rendered, as are the mountains. The most distance peaks at upper right are bathed in warm light. A wonderful, atmospheric design from Barlett's travels. This print pre-dates the 1923 Great Kanto Earthquake and the ensuing fires, which destroyed most of the blocks at Watanabe in the ensuing fires, so this subject is extremely rare. A terrific choice for a shin-hanga collector or anyone interested in Western artists working in Japan. 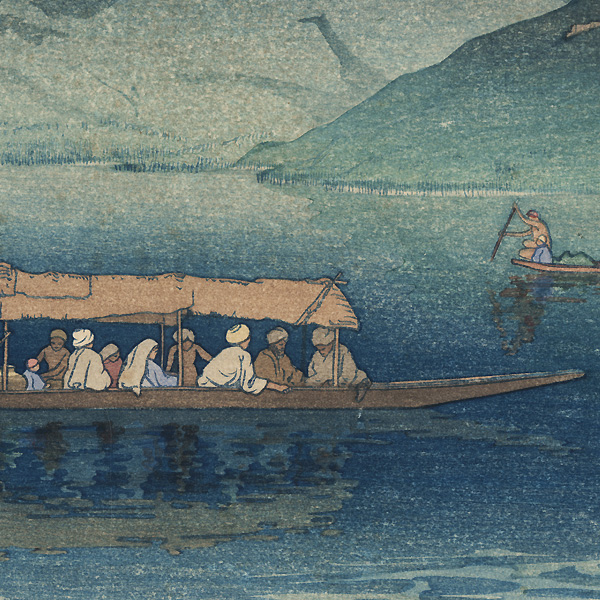 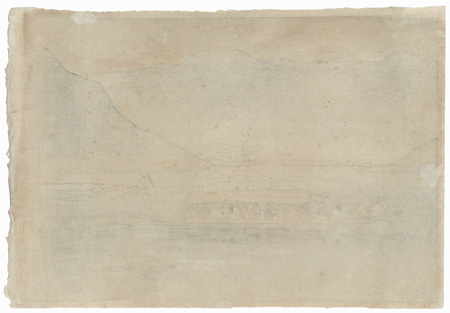