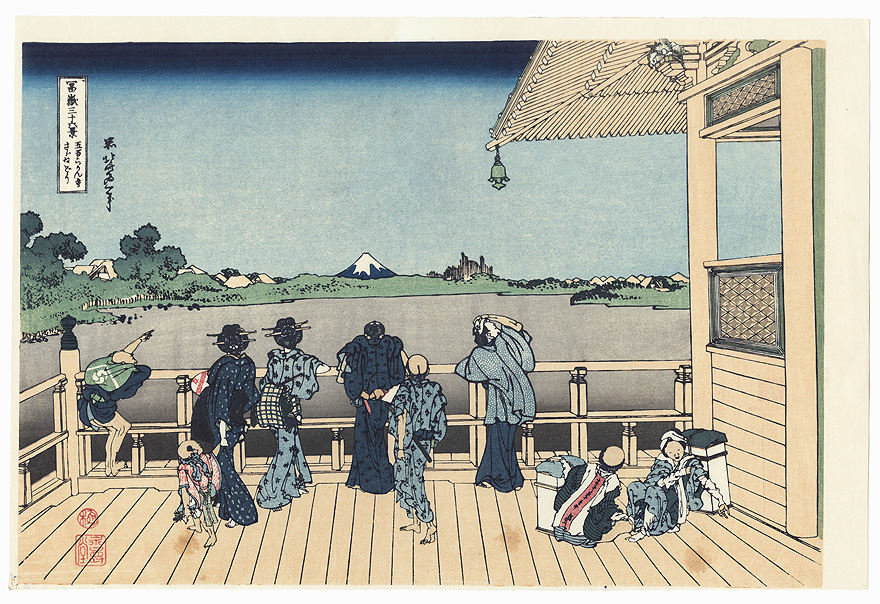 Turban-Shell Hall of the Five Hundred Rakan Temple - Handsome design of visitors admiring the view of Mt. Fuji from the verandah of the Sazai or Turban-shell Hall of the Five Hundred Rakan Temple. At left, a young man perches atop the bottom railing, gesturing excitedly at the snow-capped peak, while a beauty rests her forearms against the top rail. At right, two pilgrims take a break, sitting on the floor for a rest. Each wears a golden yellow vest and has a large pack. Along the horizon, a lumberyard can be seen at right, at right and rooftops peek above the green foliage on either side of the sacred mountain. A handsome composition with nice architectural detail and fine bokashi shading.

Condition - This print with excellent color and detail as shown. A couple spots. Please see photos for details. Nice overall. 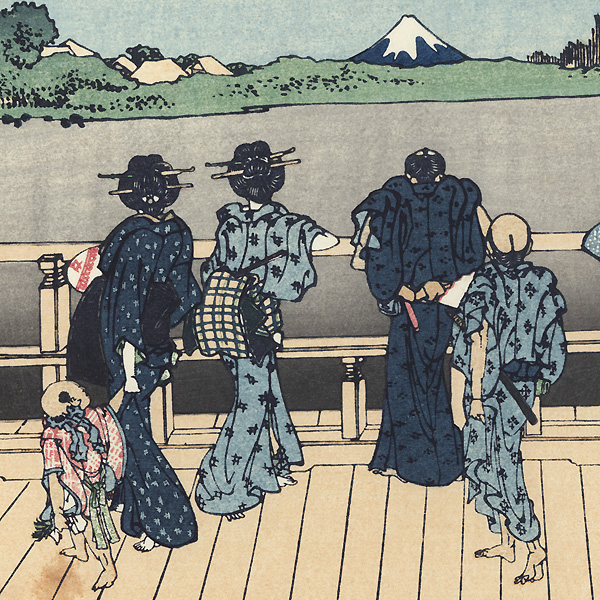 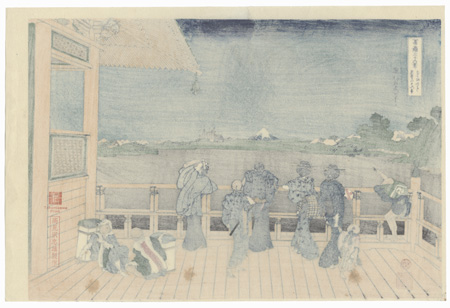