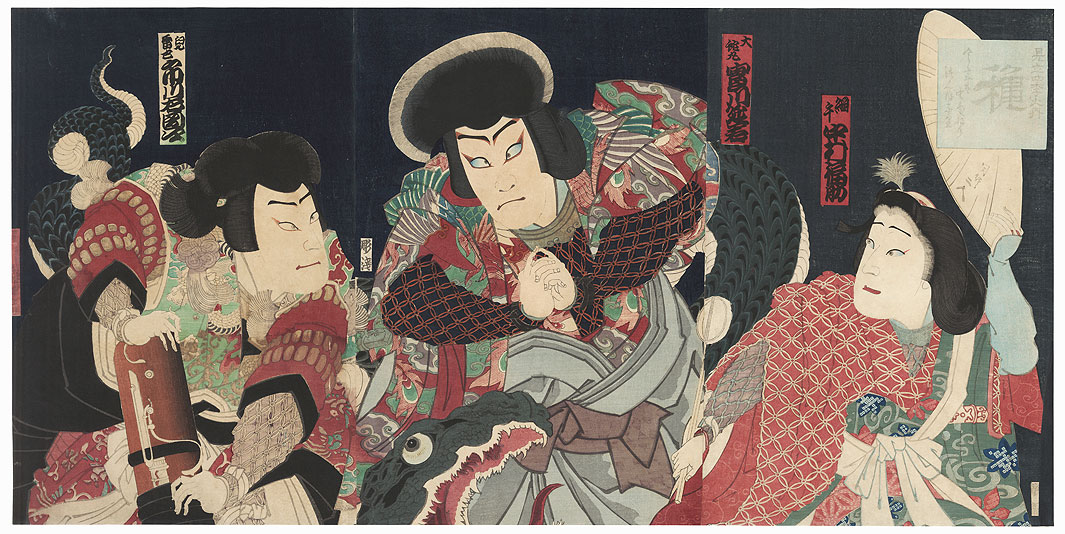 Comments - Terrific Osaka kabuki triptych of a warrior facing a giant serpent, which rears its head and bares its fangs. The rogue clasps his hands together as he concentrates, a tight-lipped frown on his faces. The sleeves of his gray outer robe are pushed down to reveal a red brocade kimono over a suit of armor, his shorter hair sticking up wildly atop his head with the longer locks pulled into a low ponytail over his back. The samurai at left watches him keenly as he holds a large hand cannon. At right, a traveling beauty lifts her hat with an alarmed expression, a water dipper in her other hand. Most unusually, she also wears armor beneath her robes. An intriguing image in the full oban format rarely seen in Osaka kabuki prints.

Condition - This print with excellent detail as shown. Three attached panels, backed with paper. Slight toning, a few creases, small rubbed spot. Please note, due to the size, this print may be shipped rolled. Please see photos for details. 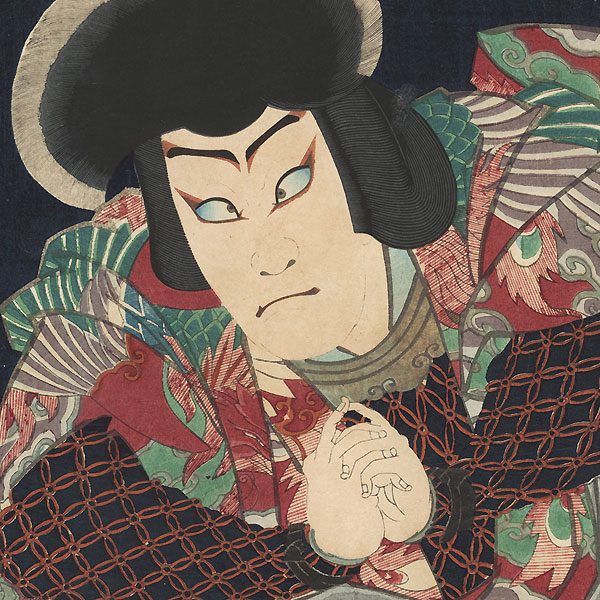 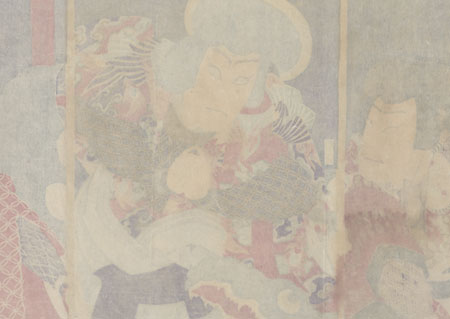