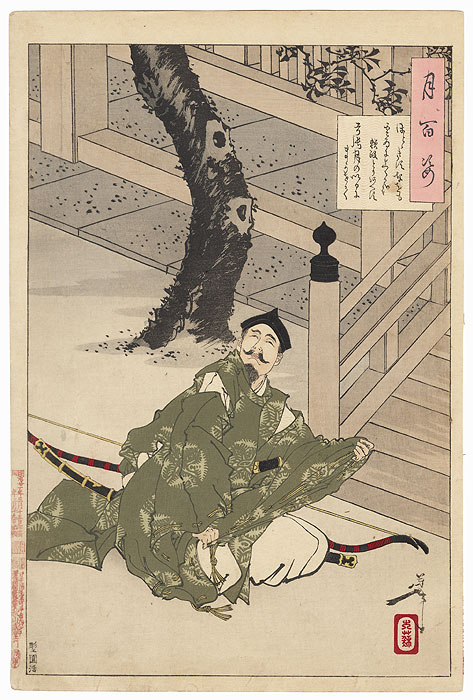 Yorimasa Watches the Monster Approach - Intriguing scene depicting the famous archer Minamoto no Yorimasa waiting quietly for the approach of the nue, a mythical creature with a tiger's body, a monkey's head, and the tail of a snake. The beast that had been attacking the Imperial Palace and plaguing the Emperor, who requested that Yorimasa shoot down and kill the creature. Here, he kneels on the ground, stretching out one sleeve between his hands as he scans the sky, his bow at his side. Yorimasa was able to bring down the monster with a single arrow. A quiet design emphasizing the suspense of the wait rather than the actual confrontation with the nue. Includes burnishing in the black court cap, finial, bow, and scabbard, and embossing in the white robe at the shoulders.

Condition - This print with excellent color and detail as shown. A few marks, some soiling. Backed with paper. Please see photos for details. Good overall. 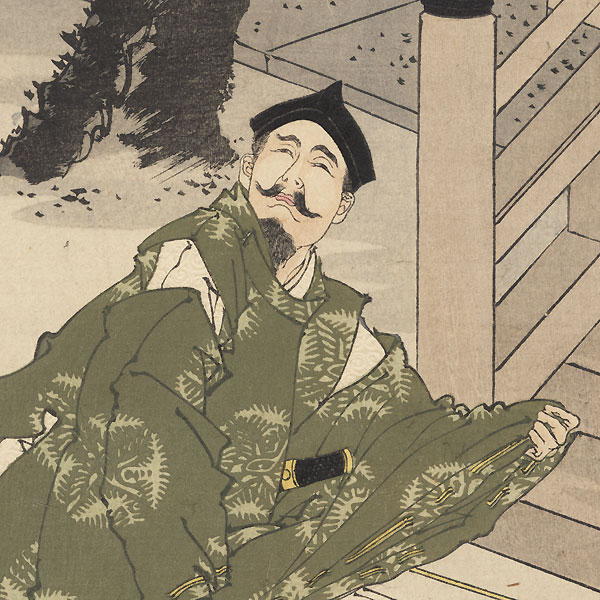 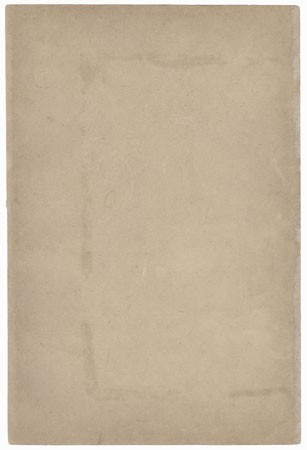